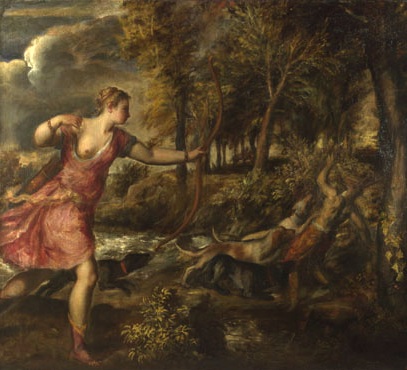 Titian, The Death of Actaeon about 1559-75 (National Gallery, London)

Martin Herbert talks to Seamus Heaney about Titian, poetry, and painting on the occasion of he cross-disciplinary Metamorphosis: Titian 2012 sponsored by the National Gallery, London. The exhibition/event invited visual artists, poets, choreographers, and composers to respond to three Titian paintings in the National Gallery.

Heaney, Herbert writes, "chose to write about The Death of Actaeon – in, as he says, 'a sonnet and a half; 14 lines, then six.' ...In Titian's painting, a horror show of a scene glimpsed through the gorgeous brown blur of the Italian’s late loose paint handling – the atmospherics and dreamy openness, perhaps, creating room for another creator to later inhabit it – we see the hunter sprouting horns as the dogs race towards him... 'I always thought of the stag as the thing in that painting, and it was the physical weight of the antlers that I felt,' says Heaney, 'and at the end Ovid says about Actaeon's companions that they're cheering on the hounds. The irony of that, I felt, should be a bit cruel – cruel and ironical at the same time.”

A Closer Look at Titian's "Diana and Callisto"

Bellini, Titian, Lotto at the Met 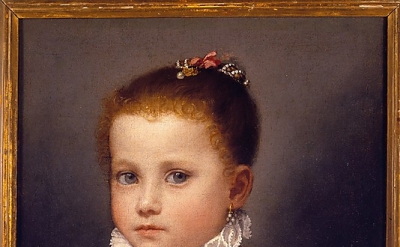