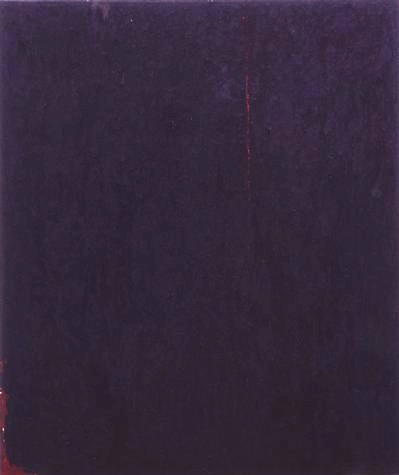 Looking at Untitled, 1951, a largely monochromatic canvas by Clyfford Still, Chris Rusak finds clues to the contradiction between Clyfford Still's caustic rhetoric and the obvious "joy" he took in his work.

Rusak writes: "when an artist decides to introduce a proportionally diminutive amount of color into an otherwise achromatic composition, the power of each magnifies. Still's proportions of chromatic and achromatic space in Untitled serve to illuminate the canvas as a whole, to intensify the textures that build space and create dynamism, to voice the joy of his gestural process, and ultimately to challenge historical conventions about the interaction between viewer and art." Rusak also compares Still's near-monchrome to the painting Grau, 1976 by Gerhard Richter.