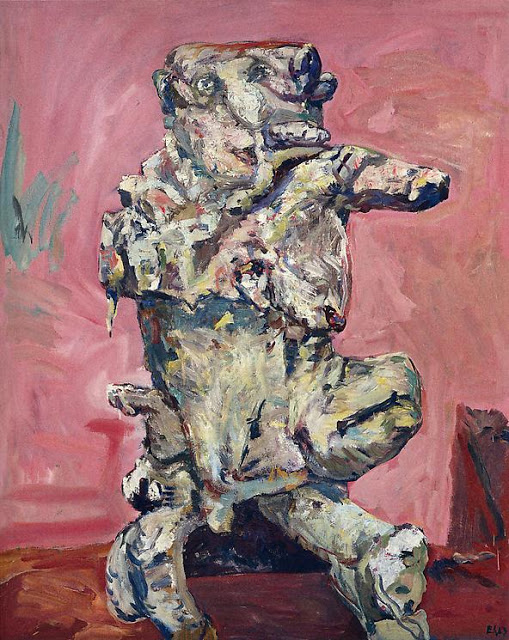 De Jong writes: "Unlike his friend Baselitz, whose career has attained stratospheric success, Schönebeck is little known outside of his native Germany, and according to David Nolan Gallery, this is his first exhibition in New York City. The thirty odd drawings and several paintings have a gritty, Germanic character, clearly in line with the Expressionist’s trauma that originated out of Germany’s first national tragedy, World War I. The pen and ink drawings display both a direct tachiste approach as well as a conscientious social satire. The paintings have a dirty, mixed in color quality that is reminiscent of early Baselitz and a representational-gestural approach in line with Lovis Corinth." 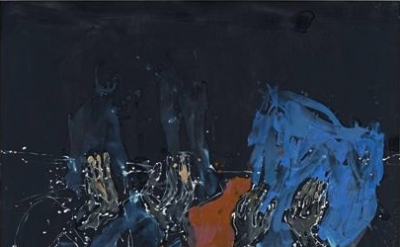