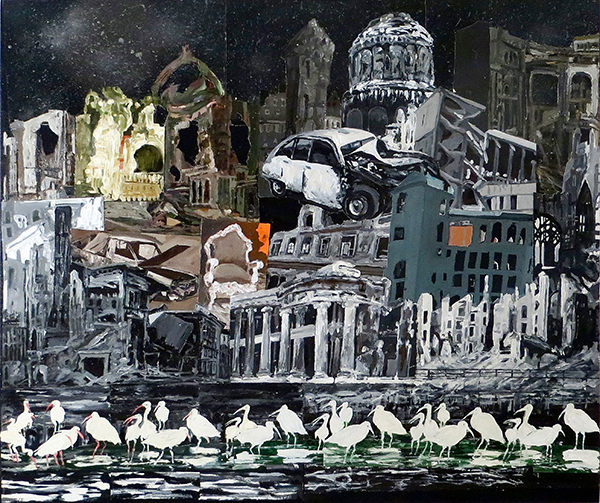 Mesches comments: “What was going on [in the early 1950s] was an awareness of the technique of the form of art — because they stopped making images. They made art! I began thinking that something else was happening, and that something else had to be brought into my thinking as a social realist painter — how the hell can I bring that into my thinking as an image maker?... By combining unlikely juxtapositions, both in painting techniques and disparate imagery, I have tried to re-create the sense of utter instability and sheer insanity that I feel has so often permeated my years. Instead of, as in my salad days, veering toward the overt, I have, for some years now, found myself depicting our time with a sense of unreality bordering on the more unsettling absurd." 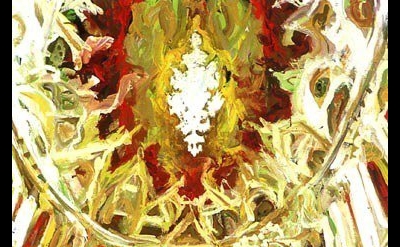 via:
Arts in Bushwick