René Magritte: Mystery of the Ordinary 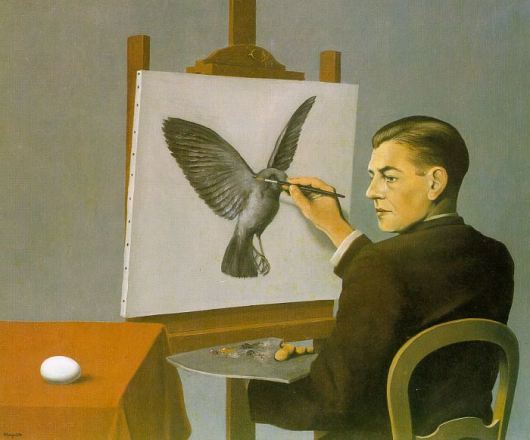 Mario Naves reviews the exhibition Magritte: The Mystery of the Ordinary, 1926–1938 at the Museum of Modern Art, New York, on view through January 12, 2014.

Naves writes: "An illustrator by trade, Magritte didn’t extend himself when putting brush to canvas. The requisite job and nothing more—technique wasn’t allowed to intrude on the artist’s dreamscapes. But neither were they endowed with life. Signs are designed, not to entrance, but to communicate effectively, and so it is with Magritte’s conundrums. Give him this much credit: Magritte did get better. The initial galleries feature canvases notable as much for an oppressive lack of tonal range as for their morphing bodies, fractured dioramas and enigmatic rebuses. Round about 1929, not a few years after arriving in Paris, the lights get turned on: The images become illuminated. Perhaps it was close proximity to the Surrealist group and crystalline artisans like Dalí and Tanguy that spurred Magritte’s art. Whatever the case, a consequent variability in value and an increased finesse in execution do much to end The Mystery of the Ordinary on a happy note." 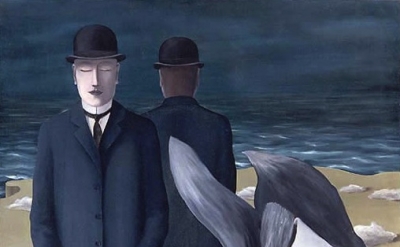