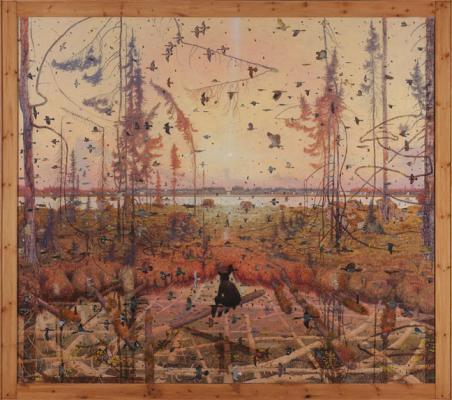 Naves writes that Uttech "paints with the precision of a naturalist. We’re never in doubt that these often encyclopedic pictures are scientifically correct. The same goes for the depiction of light: Whether painting the sparest of rainbows or the northern lights, Mr. Uttech is true to the drama and sweep of the specific moment. Yet the paintings have been orchestrated with a decidedly unnatural theatrical flair. The animals loitering on the scene are acutely aware of themselves as objects of observation. At times, they look out at us resentfully, as if our presence were an encroachment on their territory. (Is there an eco-political moral buried in the pictures? The only animal not pictured is man.)" 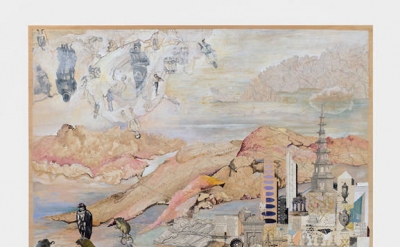