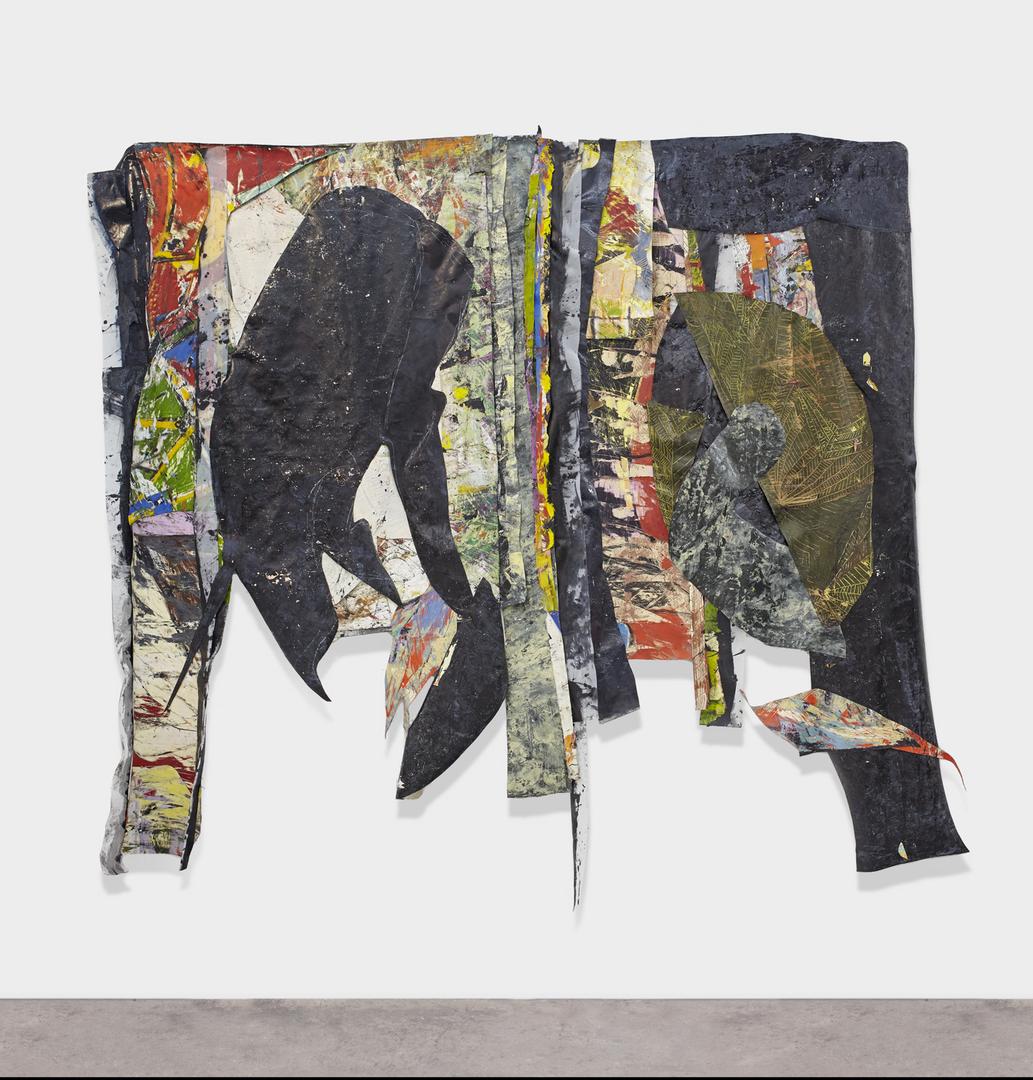 Lynch writes: "The intention was not to be a one-to-one comparison but to draw parallels between the works of Otero and Motherwell, such as their emotive effect. ... Created specifically for the show, these tapestry-like compositions—some as high as 10 feet and as wide as 12 feet—were exhibited for the first time as a body of work since Otero started this new form three years ago. Otero’s paintings on canvas possess sculptural qualities, and the removal of the stretcher leaves the oil skins—Otero’s signature motif comprising undulating and torn layers of oil paint—and fabrics draping, emphasizing their materiality and physicality." 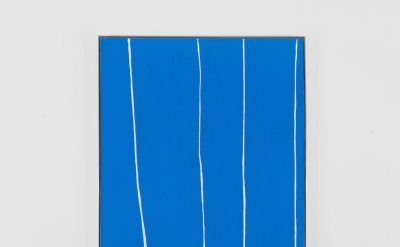