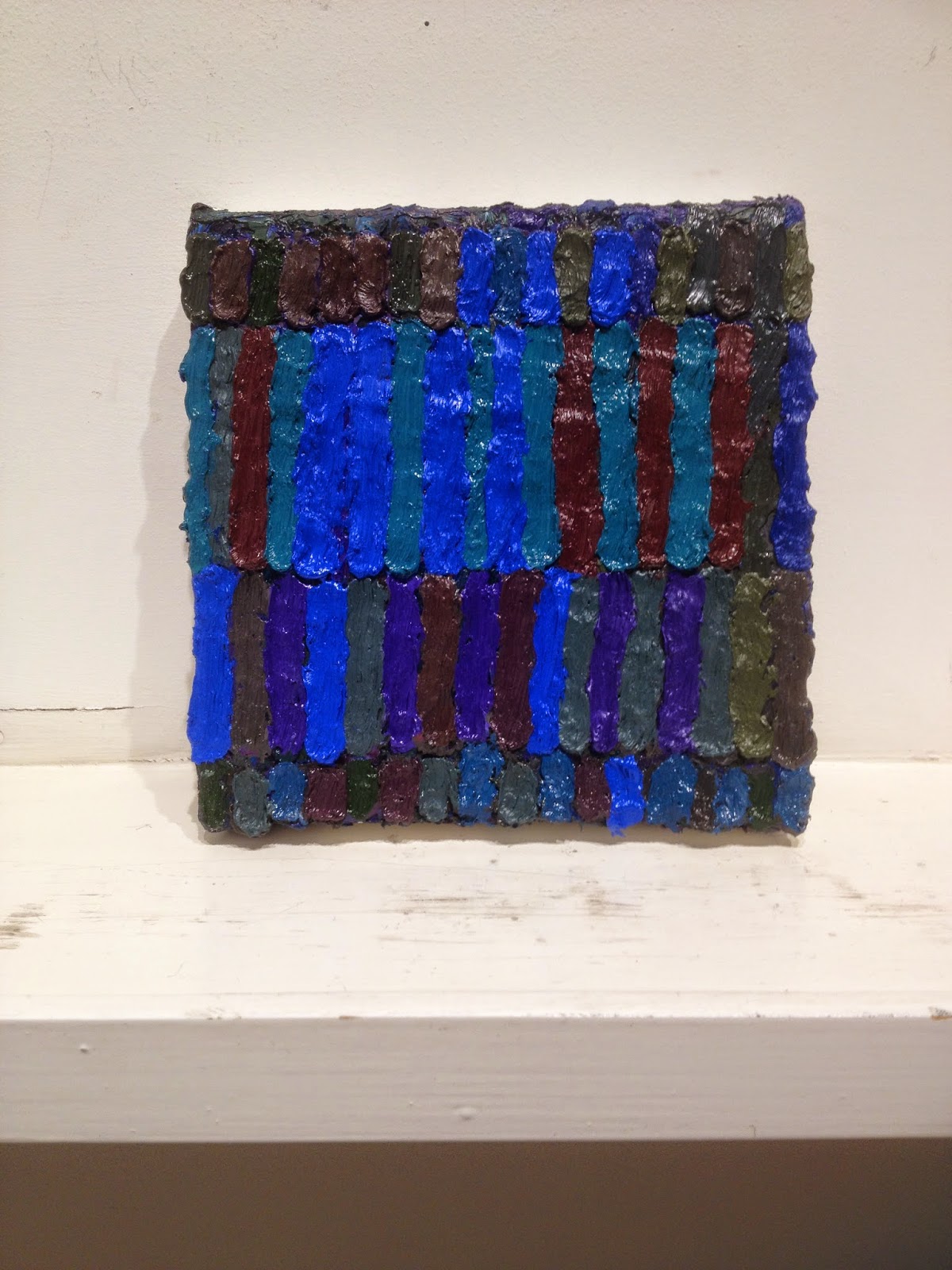 Butler writes: "Brett Baker's new small-scale paintings at Elizabeth Harris are a little bigger than the ones in his last show, and they continue his exploration of line, thickly layered paint, and color. Several years ago, when Baker moved from a good-sized studio to a small apartment in New York, he decided to apply the same effort to miniature abstractions that he had previously invested in mural-size work. The resulting series, which he continued when he eventually relocated to North Carolina and began the blog Painters' Table, are intellectually enigmatic. By the same token, though, the rich blue palette (many of the paintings are simply titled 'Night Studio') is visually hypnotic, and the heady scent of linseed oil (some are still wet) cuts directly to the heart... Through excessive reworking and overpainting, he manages to push each painting beyond generic abstraction to something more personal--an unusually earnest approach in an era when the look of effortlessness and a slapdash sensibility tend to prevail." 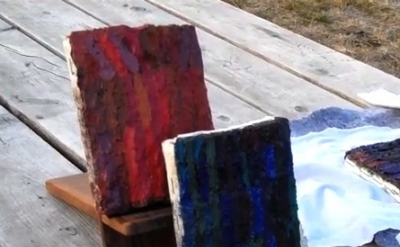 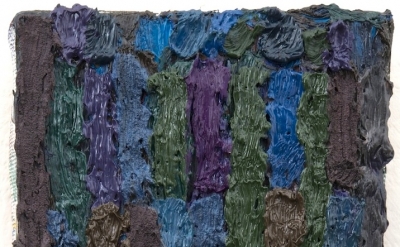 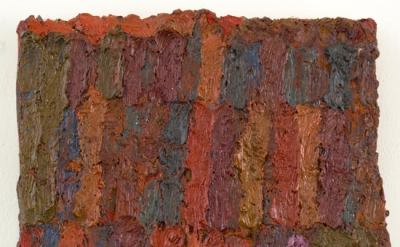