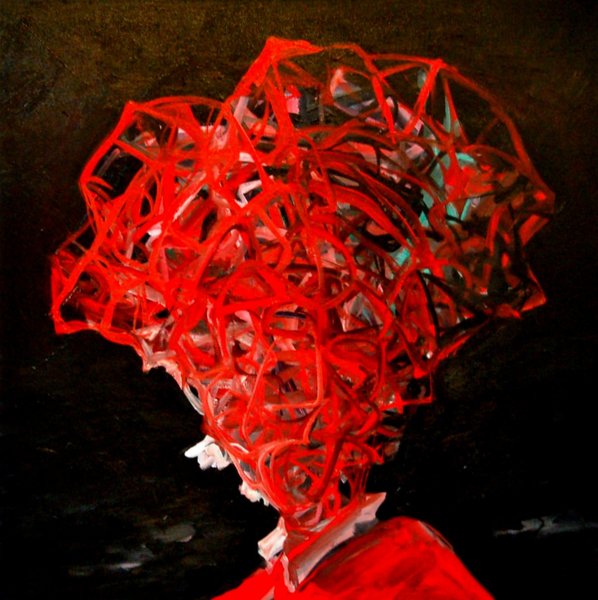 Butler writes: "Most of the energetic paintings in [Brown's] new series are based on details of well-known portraits, the sitter seemingly overwhelmed by some kind of crazy, top-heavy rollercoaster scaffolding or rings of barbed wire. According to the press release for the show, Brown is interested in the costumes, coiffures, and conventions of self-presentation inherent in portraiture and history painting... Citing diverse influences such as Goya, Velazquez, George Condo, Cubism, and the tribal art of Africa and Oceania, Brown... is clearly intent on charging in a new direction. Her 'Tête' series is as bold as it is generous..." 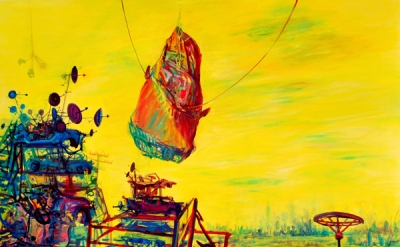 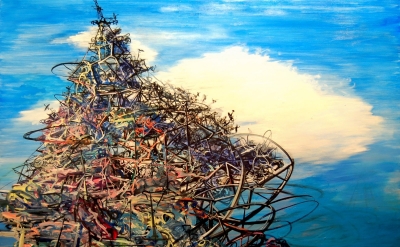