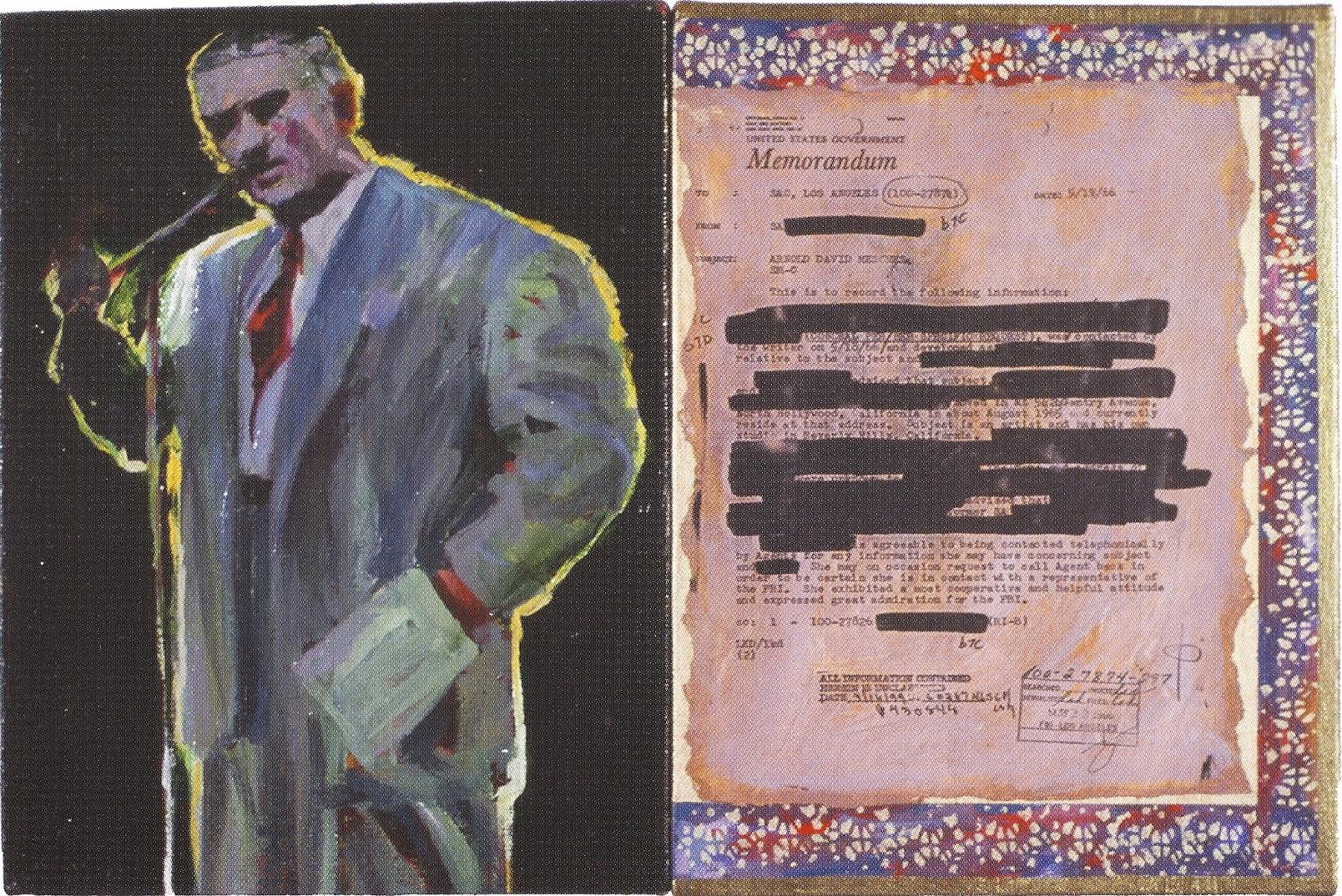 Anthony Haden-Guest reviews Arnold Mesches: Next In Line: The FBI Series at Life On Mars Gallery, Bushwick, Brooklyn, on view through November 2, 2014.

Haden-Guest writes that "Mesches used the Freedom of Information Act to get his FBI files in 1999. He learned that the FBI had opened a file on him when he was 21 and had maintained surveillance on him until 1972... Mesches realized he wanted to make work as intimate as the act of reading. 'That is the feeling I want to give,' he said. So he turned to his FBI files, using the pages - along with the sporadic blacked-out words, phrases, sentences, and creating his own visuals, essentially as if he was working on illuminated manuscripts." 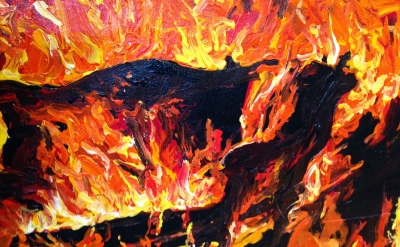 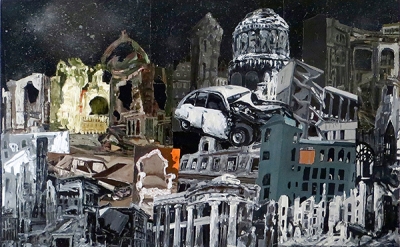 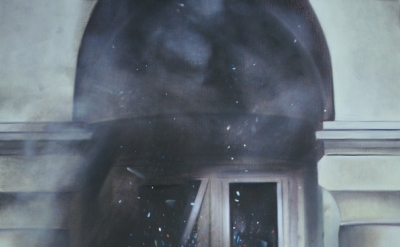