Julia Schwartz is an LA-based artist whose paintings are deeply influenced by years of psychoanalytic study and practice. She has exhibited extensively nationally and internationally, including Los Angeles, New York, Dallas, Amsterdam, London, Japan, Finland, France, and Cyprus, in galleries and museums such as Charlie James Gallery, Eastside International, George Lawson Gallery, Bleicher Gallery La Brea, Parallel Art Space, and Torrance Art Museum. Curatorial projects include “Place Made Visible” in Bushwick, NY (2014), “States of Being” at the Torrance Art Museum (2015), and “Black Mirror” at Charlie James Gallery (2017). Schwartz will be participating in PØST’s 2017 Kamikaze series.

Schwartz received the Foundation Prize for Painting from Peripheral Vision Arts in 2016 and was included in New American Paintings and 1000 Living Painters. She has been the focus of several interviews, including Studiocritical, Ithaca MOMA, and Coagula Art Journal, and her work has been reviewed in Huffington Post, Whitehot Magazine, Artweek LA, and the NY Times. As the Arts Editor for Figure/Ground Communication, Schwartz has interviewed visual and other artists about their creative process. She is currently on the Advisory Board of Fine Arts Complex 1101, a Contemporary Arts Museum in Tempe, AZ.
www.juliaschwartzart.com

Posts by this author 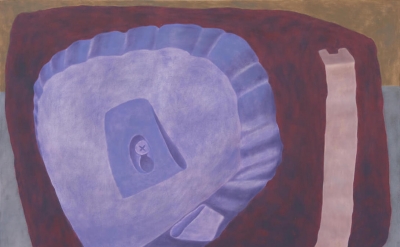