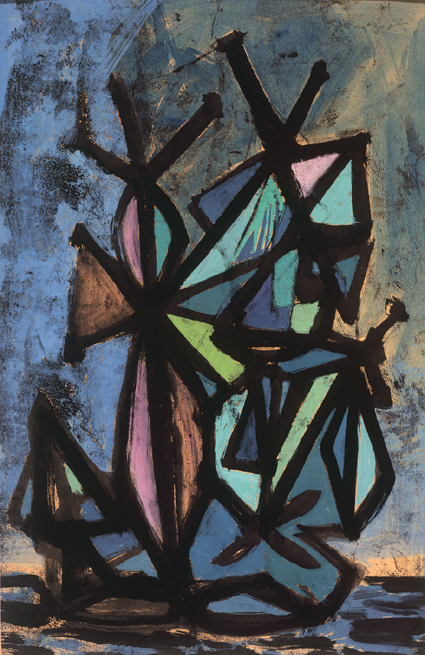 Noting that some of Gear's work bears resemblance to some contemporary abstract painting, Greenwood observes: "Gear does not do ‘casual’ or ‘provisional’ or even gestural. In fact, it is hard to find in all of his oeuvre a genuinely relaxed-looking moment, when the assumed dignities and diligences of being a fine-art easel painter are abandoned in favour of something more loose and instinctive. Even the more contingent of his images look pondered and preened, fully worked-up and over-worked... I get the sense that he strongly aspired to get his paintings to summon some kind of particularised feeling – a sense of a landscape, perhaps, which he himself had felt and experienced, and which he desired to capture, and which would be built into the work by him, rather than casually attributed at a later date by the viewer. I admire the specificness and determination of that vision, but I think the results fall short, for reasons both of his inflexible sensibility, and for the crude state of development in abstract painting at that time..." 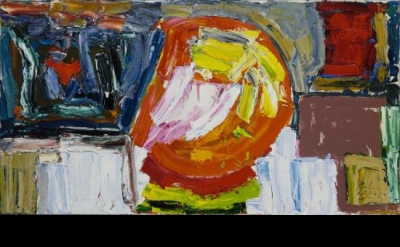