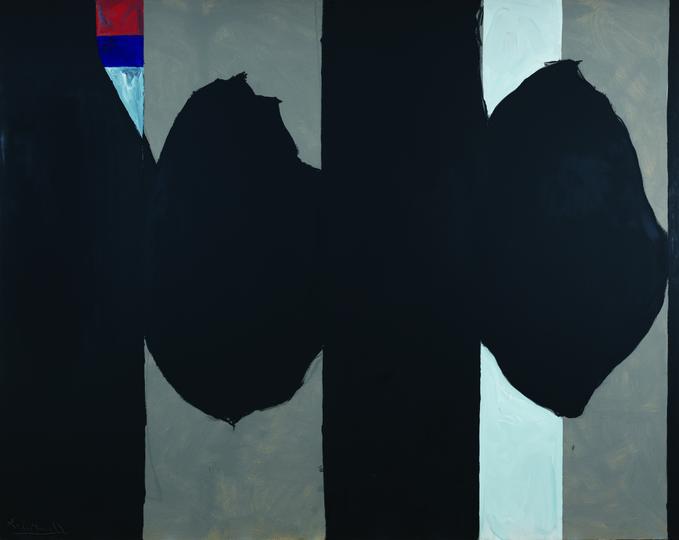 Bunker writes: "Motherwell has a reputation for being the clever aesthete who was always too enamoured of the ‘Old World’ of Mediterranean sunshine, azure skies, Gauloises packets – and always with an eye for rare book wrappers too. But I don’t see him as some halfway house or a bridge between old world and new. He was the American who saw the raw potential in the destructive power of collage. Motherwell took the haptic magic of the best of dada/surrealism and the cool hedonism of late Matisse and mixed it up with the high velocity and headstrong lunge for originality that he had absorbed from his New York painter peers of the 1940s. In so doing he found a way of creating great abstract images invoking historical transformations and bodily sensation, at times, almost achieving a perfect union of frenzy and grace." 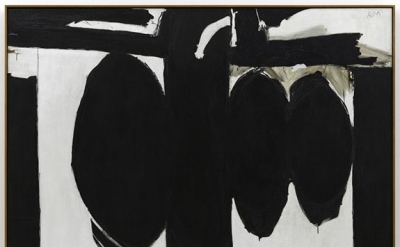 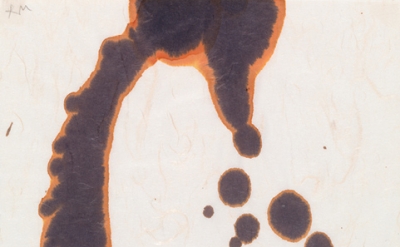 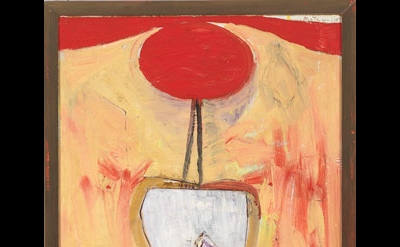