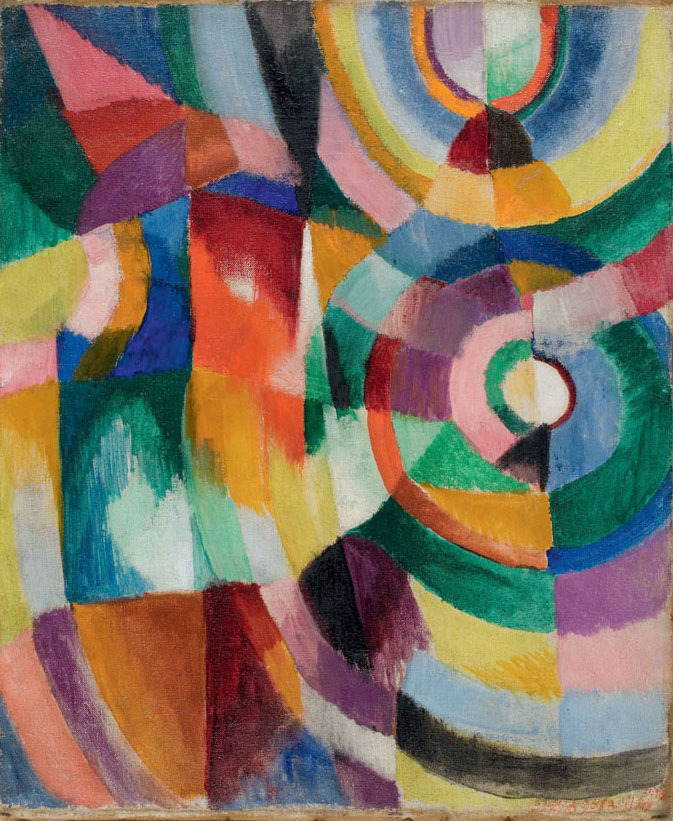 Parkinson writes: "The Delaunays understood the implications of abstraction as a totally new visual language, the central focus of which was simultaneous colour contrast, Sonia claiming that '…the infinite combinations of colour have poetry and a language much more expressive than the old methods. It is a mysterious language in tune with the vibrations, the life itself, of colour. In this area, there are new and infinite possibilities.' Some of those possibilities are explored in the Electric Prisms series of paintings, the large 1914 painting of which dominates gallery three and is perhaps the centrepiece of this exhibition. As a painter of modern life Delaunay was fascinated by the effects of electric lighting, especially the electric globes or mini suns that lit the fashionable Parisian venues she frequented like the Bal Bullier dance hall, and Magic City. In the paintings the electric lights have become abstracted concentric circles, splitting white light into its constitutive colours, rather like informal versions of Chevreul’s colour wheels, where complementary colours are positioned opposite each other." 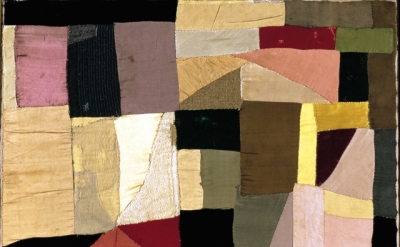 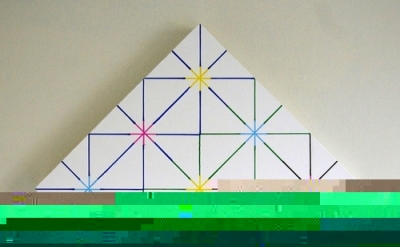