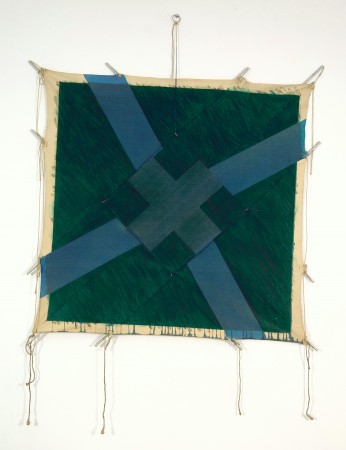 Cornish begins: "despite how much [Smith's works] play with the physical conventions of painting, in terms of the stretcher etc., they remained something which to me was like an image... they read instantaneously, they read on a flat plane, as a whole thing, and that part of that instantaneousness was the presence of illusion; particularly with the cross works there was a thing, the cross, that existed in a sequence of twisting illusionistic spaces; and that even the things which are most physical, most outside the conventions of the rectangle, i.e the twisted shape of the works, the protruding bars and the falling string, all felt to me like they were caught up in this singular, illusionistic, instantaneously read ‘thing’, even as it sort exploded onto the wall." 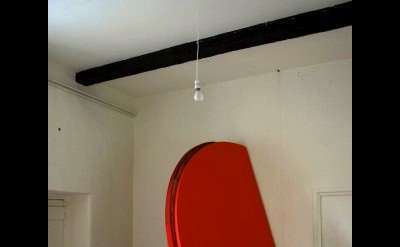