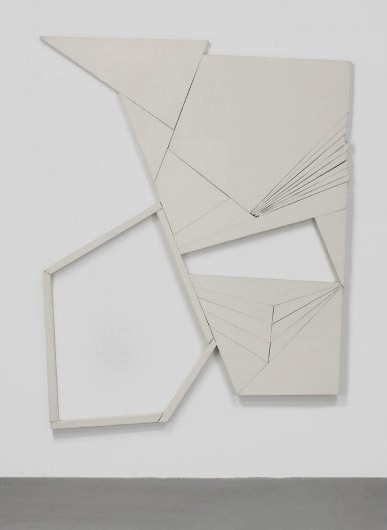 Cornish writes that "Broadly the type of illusion Kahn employs is one that comes after the reduction of minimalist painting. The flat, object quality of each part is in one sense simply accepted. There is no hint of the surface being broken, of a window open to an atmospheric or light filled space beyond (however shallow). Instead illusion appears as a distortion of the parts of which the paintings are comprised; it creates different types of stress, tension or emphasis, and can suggest a sort of three-dimensionality, by prising or warping a flat plane so it no longer appears parallel with the wall."