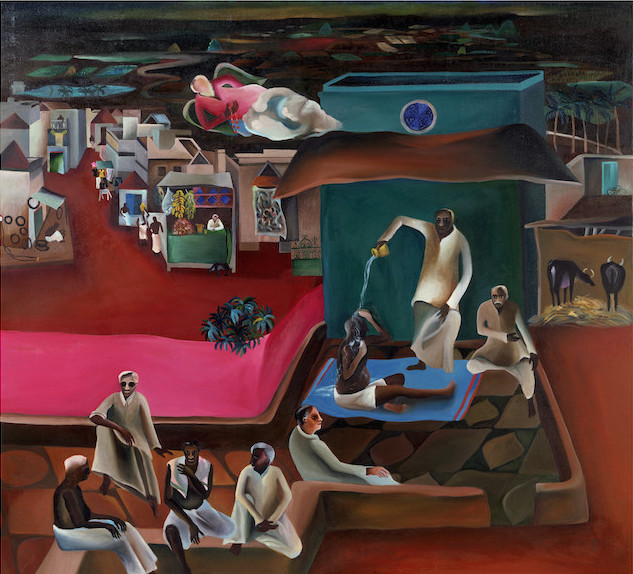 Peter Parker reviews Bhupen Khakhar: You Can’t Please All at Tate Modern, on view through November 6, 2016.

Parker writes that Khakhar's "influences are astonishingly varied and not always obvious. Tiger and Stag (1970), for example, clearly nods to both Indian miniatures and Henri Rousseau, but the image of the animals was in fact taken from the wrapping of a firecracker. Khakhar collected such ephemera, along with the mass-produced secular and religious prints that are seen all over India, which he used in his early collages; but he equally drew upon ancient Rajasthani pichwai, devotional paintings telling the story of Krishna. Muktibahini Soldier with a Gun (1972), meanwhile, seems indebted to the folk-art tradition of Bengali patuas, notably in the figures of the soldiers in the background and in the use of decorative vertical borders, in this case the Indian and Bangladeshi flags." 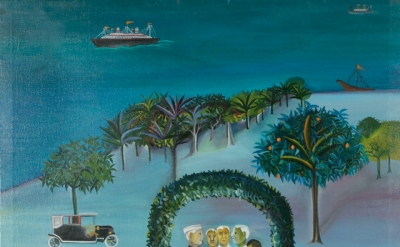