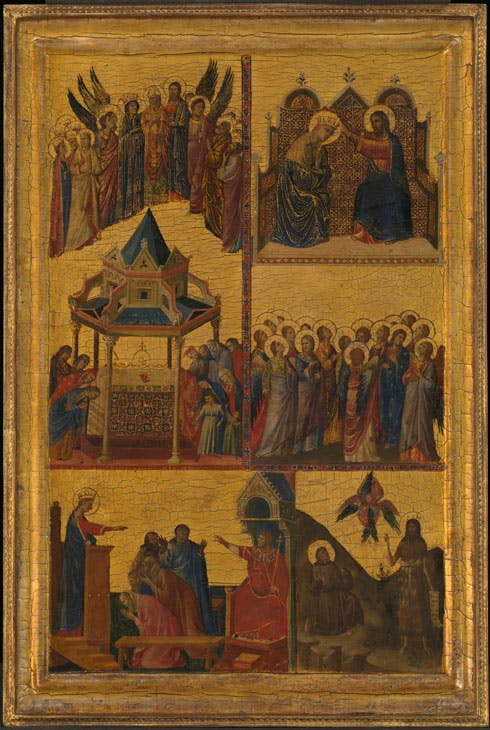 Giovanni da Rimini, Scenes from the Lives of the Virgin and other Saints, c. 1300-05, (courtesy of the National Gallery, London)

Hallett begins: "Jewel-like, and embellished with engrossing details, the exquisite little panel at the centre of the National Gallery’s current exhibition is a rare evocation of Rimini at the turn of the 14th century, a city whose prodigious artistic output has been all but lost to earthquakes and war. Something of the city’s hustle and bustle is reflected in the influences discernible in this painting, from the Byzantine icons and ivory carvings that came in through the port, to the innovations of Giotto (1267 or 1276–1337), who was probably in Rimini just before 1300, carrying out commissions for the city’s Franciscan friars." 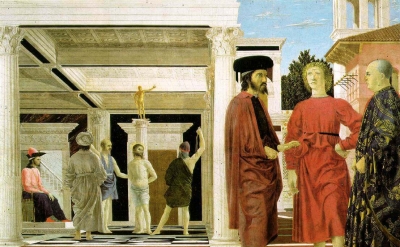