Who Was Hieronymus Bosch? 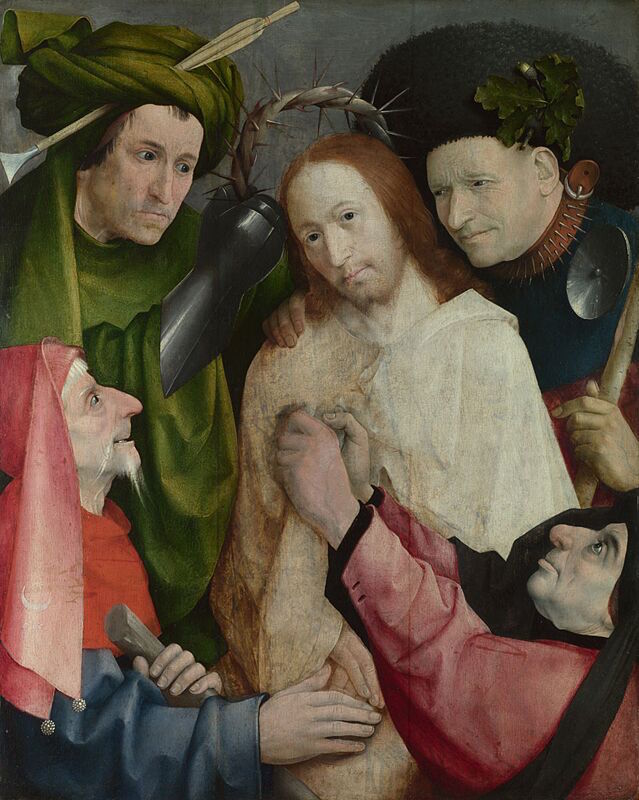 Tim Smith-Laing considers two exhibitions: Bosch: The Centenary Exhibition at the Prado Museum, Madrid (May 31 September 11) and Jheronimus Bosch: Visions of Genius at the Het Noordbrabants Museum (through May8 ) and what the works on view reveal about the "widely known" but not "well known" artist.

Smith-Laing observes "Bosch’s Christ [Mocked] is both crowded and spacious. Even as they crowd in on Christ, each face is given room; and the viewer can take each one in, and has to ... the figures in Bosch’s Christ express individually and are subtly characterised. Looking at the figure in the top right, leaning in towards Christ, one sees the expression, at once interrogatory and conspiratorial, of the ‘good cop’ in the interview room: the quizzical frown of a man trying, or pretending to try, to empathise with someone entirely in his power. And the insidious threat of that power dynamic pours out through the firm hand on Christ’s shoulder: both a false reassurance and reminder of who is in charge. In the context of the Ghent Christ’s overdone Boschianism, the National Gallery and Palacio Real paintings reveal Bosch not so much as a grotesque painter, but as a master of human expression in the vein of predecessors like Robert Campin and Jan van Eyck."