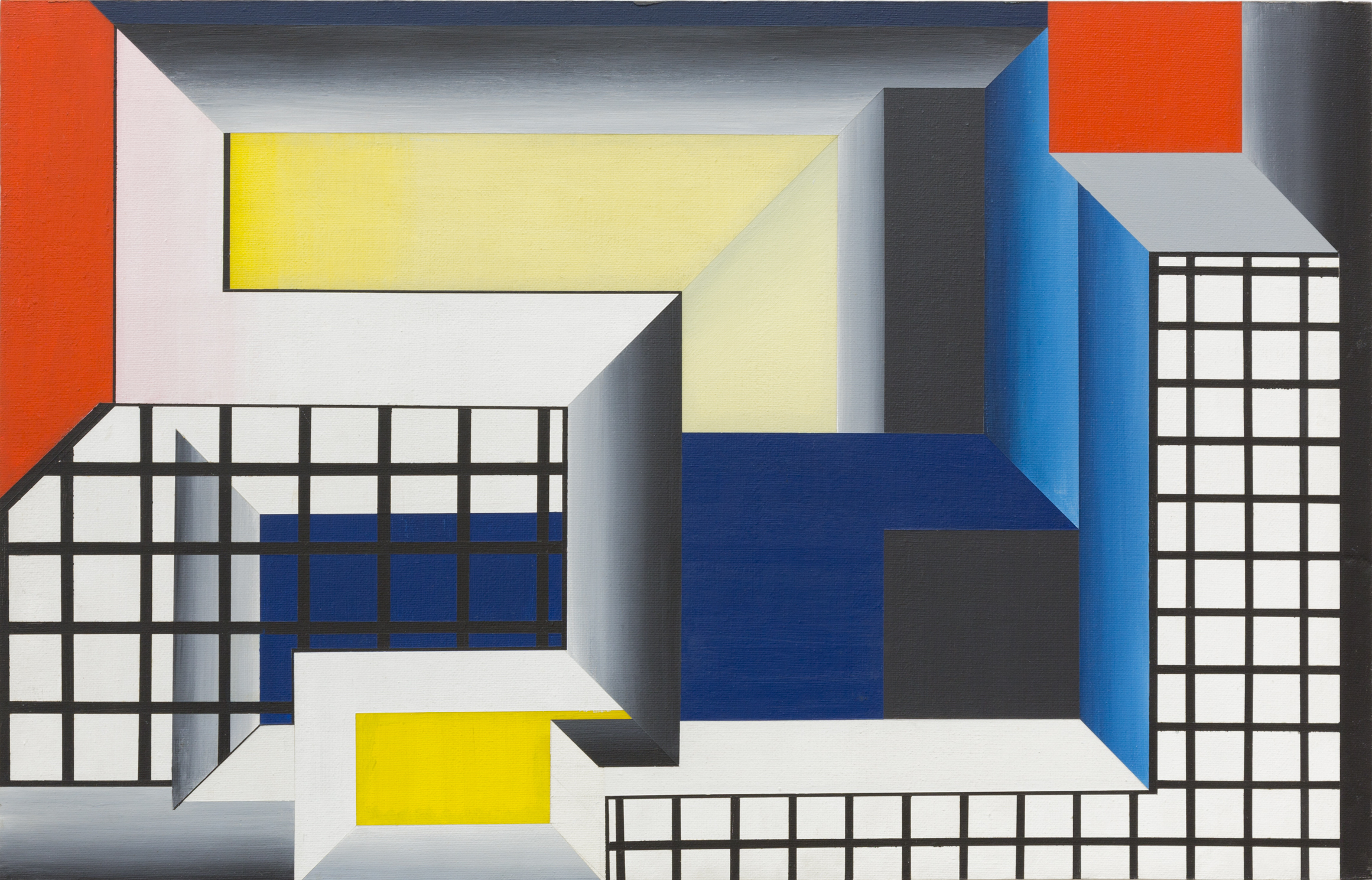 Markopoulos writes: "Featuring primary-colored geometric forms and grids, [Redstone's] compositions instantly evoke Piet Mondrian, at the same time hinting at a venerable tradition of European pre-war geometric abstraction of the sort practiced by Jean Hélion. While her experiments with illusion and perspective take part in an even older lineage, there’s also a nod to Surrealism evoked by incongruous René Magritte-like clouds occasionally softening the otherwise hard-edge constructions. Despite these superficial resemblances, the works in this show reflect less about art history than the artist’s own triangulation of space and color... Refuting the term abstraction, Redstone understands herself instead as challenging the materiality of paint in order to create primary situations in which space and form can interact." 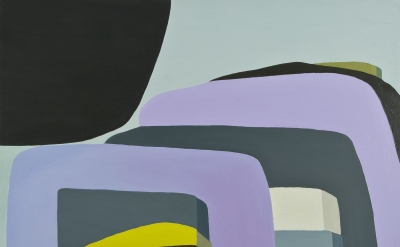 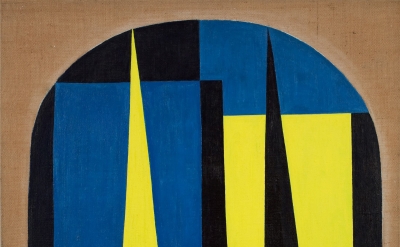 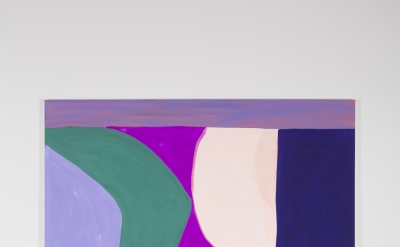