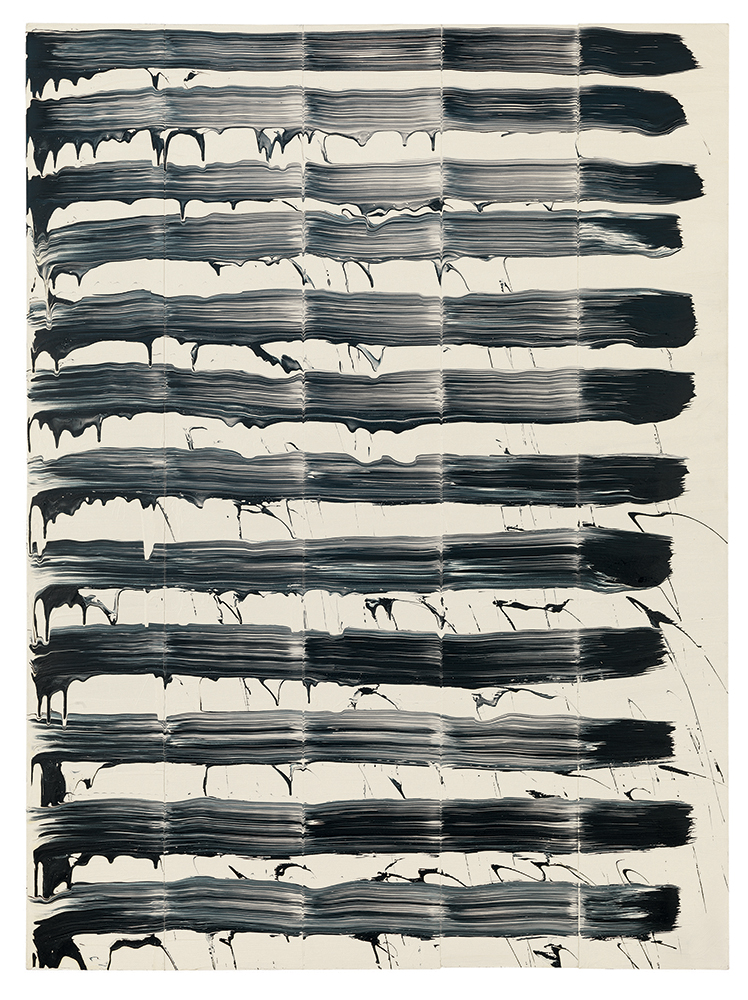 Rubinstein writes: "I came out of 'Painting Paintings (David Reed) 1975' at Gagosian, where I saw this exhibition, thinking that Reed’s Brushstroke paintings were possibly the single most impressive achievement of mid-1970s New York abstraction. This may seem like an audacious claim given that the likes of Brice Marden, Elizabeth Murray, and Frank Stella were also producing memorable paintings at the same time, but Reed’s canvases embody that moment in art history with unique clarity and power. Their strength depends in part on the sheer graphic drama of the brushstrokes as they confront the inescapable facts of gravity and turbulence. Like many other artworks of the 1970s, they narrate their own making. But in contrast to artists such as Dorothea Rockburne or Robert Ryman, who used low-key, oblique strategies, Reed pursued self-referentiality through immediately striking images."

David Reed: Over the Edge 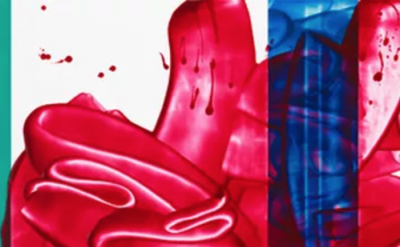 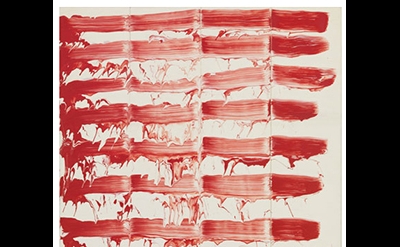 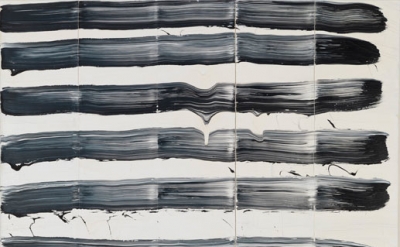