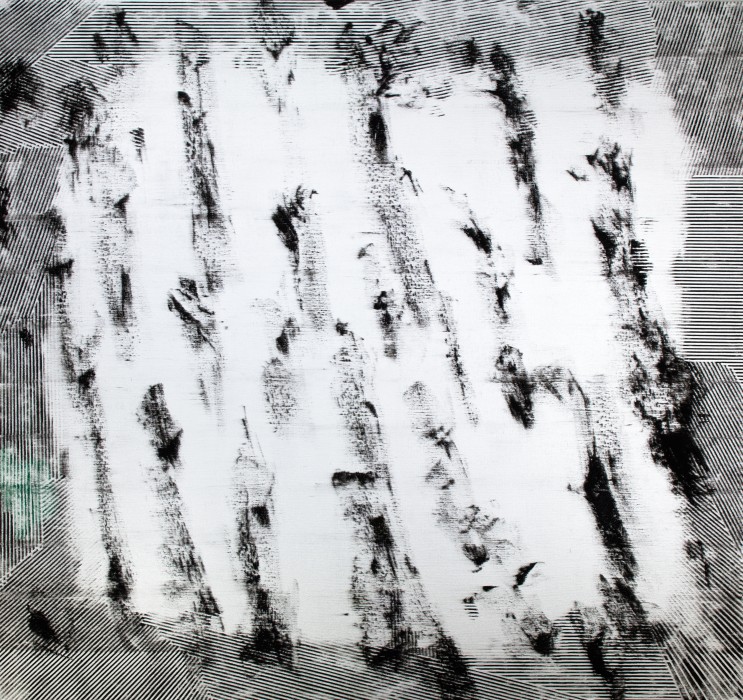 Paul Soto interviews painter Jacqueline Humphries about her work on the occasion of a recent exhibition of new paintings at Greene Naftali, New York.

Humphries remarks that in a "passage about the stylistics of film noir [Paul Schrader] talks about how the character, or figure, in noir films, is unlike the figure in Western or gangster films, where you have a vertical figure against a horizontal background that he stands out from. In film noir, the figure is completely collapsed into the picture. His face is often in shadow when he is speaking, and he is completely embedded in the atmosphere and light of the frame. Schrader says something else that is interesting, he says, 'No figure can speak authoritatively from within a space that is continually being cut into ribbons of light.' I feel this statement captures something that I am after in the paintings, of complete embeddedness, with a sense of the painting itself as figure, conterminously layered on top of and under the ground. The ground is the figure, background is identical to figure." 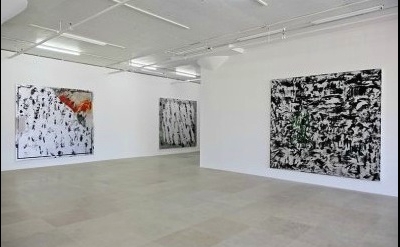