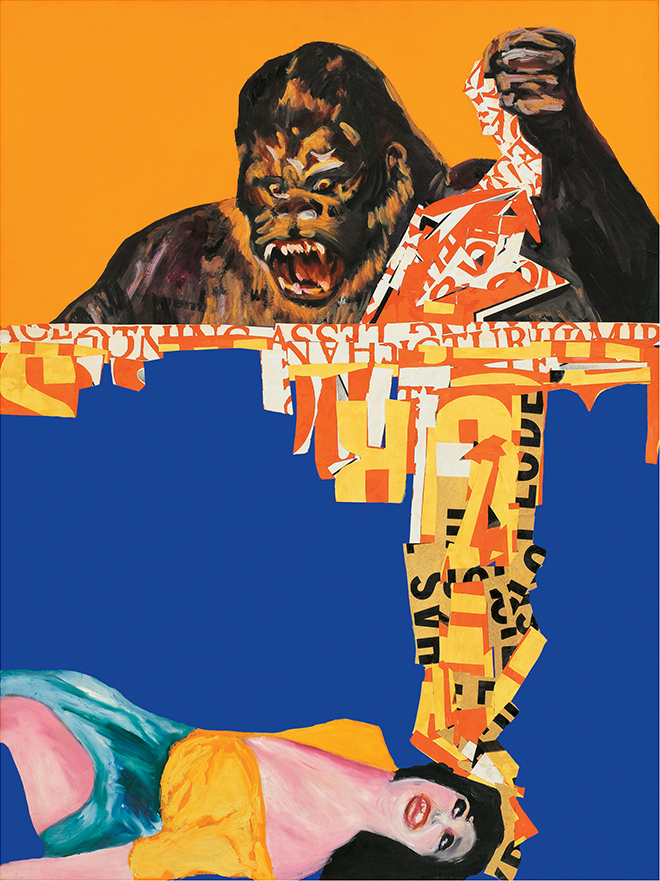 Raphael Rubinstein reviews Who Does She Think She Is? a retrospective of works by Rosalyn Drexler, recently on view at the Brandeis University's Rose Art Museum.

Rubinstein writes : "Although she never ceased to rely on preexisting images, Drexler described to [interviews Roberta] Fallon sometimes feeling 'very guilty' about building her paintings from 'something not out of your head.' The bias for the 'original' image dies hard. Even today, after decades of appropriation-based art, some viewers are taken aback, at least momentarily, when they realize that Drexler is 'merely' painting over borrowed images. But as they continue to look, and look more carefully, initially skeptical viewers may come to realize the virtues of Drexler’s technique. In a kind of reverse engineering, she transposes the mechanical into the handmade, reclaiming mediated images. Her paintings contain the photographic image while rendering it effectively invisible." 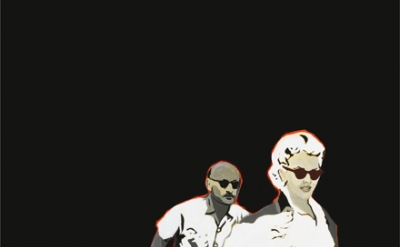