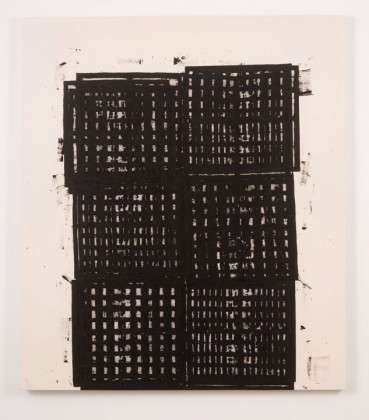 Luke Murphy notes: "There wasn't any illusion. When [Ferguson] got rid of the opticality, he felt he was doing 'work.' Gerry was very uncomfortable as a painter. He's not the artist dandy–he's the artist workman. It's funny how much he bought into Duchamp things, because Duchamp was such a dandy, but Gerry really believed in that other model." Phil Grauer adds "I think that these bare-boned works were a response to the 1960s, the polish of Minimalism, and the colors and stupidity of Pop art…"

Gerald Ferguson. Work is on view at CANADA Gallery, New York through February 12, 2012.