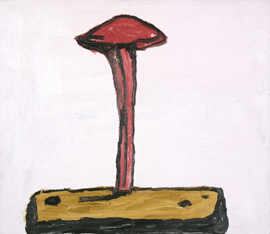 A must read article by painter David Reed.

Reed remembers his time at the New York Studio School and the effect Philip Guston's painting and teaching had on him and his work.  Reed gives a fascinating first-hand account of Guston's critiques at the Studio School and the ideas he was wrestling with in his transition from abstraction to figuative painting.  Guson spoke of "tradition as something that was removing us from our own lives and the world in which we lived."

Milton Resnick, who also taught at the Studio School at the time "used to describe the method and difficulties of an artist changing his or her work [as] 'soul-beating.' He said that some artists could 'beat their own souls,' but some could not, and needed someone else to do the beating for them, a friend or an enemy.