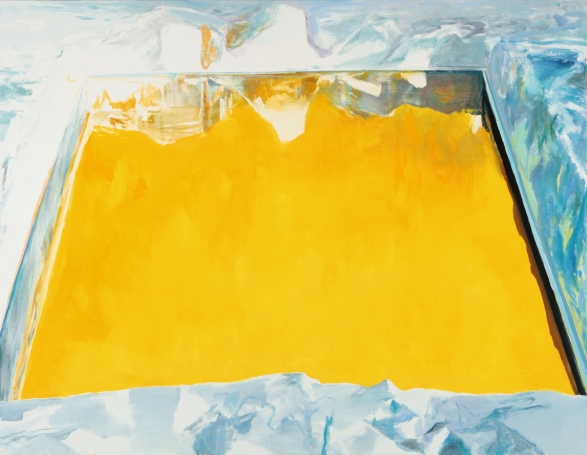 Christopher Volpe blogs about the exhibition Eric Aho: Ice Cuts at the Hood Museum, Dartmouth University, on view through March 13, 2016.

Volpe writes: "A stark, angular void edges out the largely blank, skewed border of remaining white space in the canvases of Vermont painter Eric Aho’s series of Ice Cut paintings. To call these paintings abstractions would not be incorrect, nor would it be accurate. The paintings depict the hole cut in ice, or avanto, as it’s called in Finnish, intended for the bracing plunge following the heat of a Finnish sauna. Aho, of Finnish descent, first painted the motif (to scale) in 2008, during his family’s regular recreational outings to a frozen pond in New Hampshire. Since then, he has immersed himself in a multifaceted investigation of the dark void produced by sawing into the thick ice." 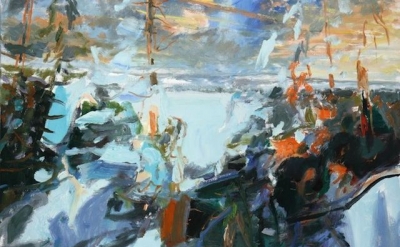 Eric Aho: Not Tyrannized by the Seen 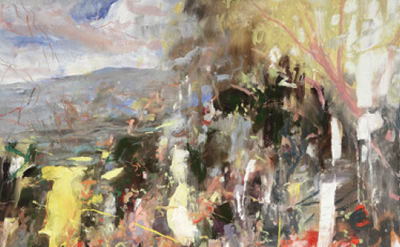 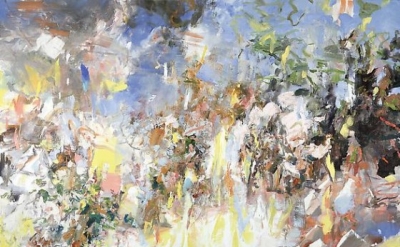