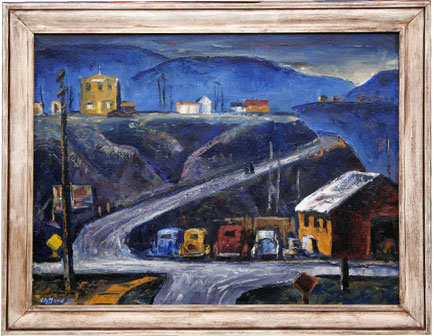 Kent Minturn undertakes and in-depth examination of Clyfford Still's thesis on Cézanne and the clues it provides to Still's early and later development as an artist.

Minturn notest that "In his thesis Still eloquently emphasizes Cézanne’s 'tactual' application of paint and takes pains to describe the way his predecessor 'feels' his way around his forms. Cézanne and Still similarly dismantle Albertian perspective by giving equal emphasis to figure and ground... Although Still points out that one of Cezanne’s 'most important contributions to the evolution of modern art' was his ability 'to realize form in color rather than make color look like form,' he does not argue that one of these plastic elements is subordinate to the other. Rather, he situates them on equal footing and demonstrates the extent to which color and form are inextricably intertwined in Cézanne’s praxis."