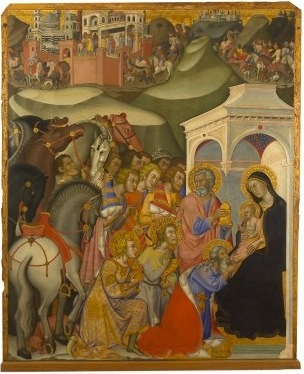 Laura Gilbert reviews the exhibition Bartolo di Fredi, The Adoration of the Magi: A Masterpiece Reconstructed at the Museum of Biblical Art, New York, on view through September 9, 2012.

Gilbert writes: "The exhibit, with only seven works, is stunning in its simplicity and beautifully conceived, and it shows off one of this museum's strengths -- displaying art that is either new to the viewer or placed in a context that makes it seem new... The altarpiece demonstrates something that is often overlooked in narrative religious imagery -- telling a story to people who don't know how to read. Bartolo, for the first time, depicted with the Adoration four narratives of the kings' journey across the upper part of the painting. He painted Siena itself as the New Jerusalem -- the upper left corner shows that city's famous cathedral and bell tower." 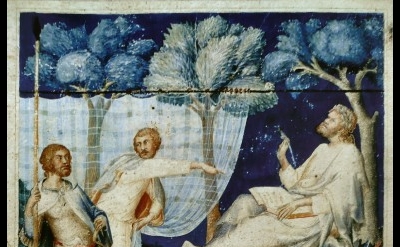