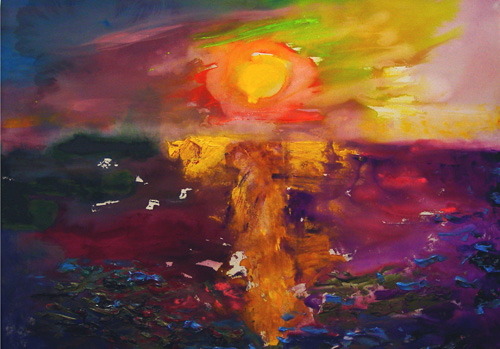 Link writes that the "gap between American modernism and European painting in general has largely been unbridged because of this antagonism toward subject matter. Thus a deep reservoir of feeling, passion, myth and even worthwhile sentiment has been given short shrift by our best painting... The fact [Hugto's works] have brought into the best American painting some of the values long neglected by our best painters is worth thinking about, to be sure. In themselves, these introductions are not 'original' in the aesthetic sense, but they make me realize he possesses the openness that fosters aesthetic originality. His sense of touch and paint handling convey feeling, not skill, even as his skill glows from within them. Where Pollock's abandonment of subject brought pressure to the edges, Hughto's embrace of depiction brings the pressure back to the middle, where it is found in most of the European tradition. He does not pose his subjects as much as he focuses on them - they are never positioned to fake compositional uniqueness or for other trickery. Their definition is not clarified by his paint, but rather embedded inside it. He is not an illustrator. His latest pictures are free to employ rather raw color with great abandonment, something that could not have easily happened in his early, large abstractions. This bright color spreads with joyous disregard for becoming garish, emboldened rather than inhibited by the discipline intrinsic to depicting something. He has shown us that blatant 'innovation' is not a marker for superior art, that there is no need to fear felicity in painting, and above all, there is nothing wrong with making art that looks like art. Rather, these are very good methods, as they always have been, for reaching the top of the mountain." 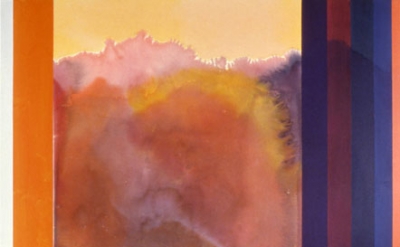