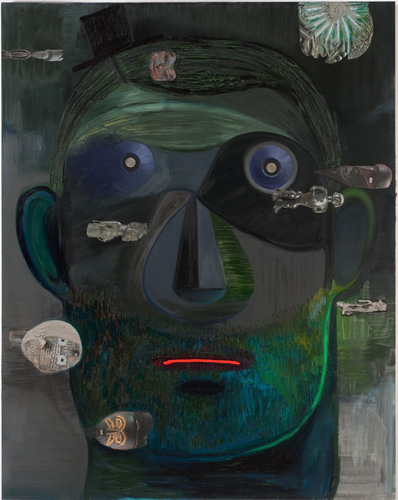 Griffin: "There was a pervasive 'betterment through technology' refrain in [curator Laura] Hoptman’s text that was troubling because I don’t think painters agree with this model. Painting has a ton of longing in it, the medium is a form of longing, and the burden (and joy) of history is not lightened by its digital accessibility."

Brown: I give the show credit for attempting to tackle something of what is undeniably unique about our current moment. Perhaps the word 'atemporality' isn’t quite right, but the range and quantity of information that we have access to every minute — and perhaps even take for granted — needs to be addressed. Along with access, it is the form (or formlessness) of this information that distinguishes our moment from earlier ones — libraries and museums present organizational systems while the Internet allows each individual to create his/her own in a space where information is ubiquitous but completely dematerialized."

Kardon: "... the most troubling aspect of the show ... is the general attitude of the Modern to painting. ... The fact that Eisenman’s paintings were hung extremely high out of the range of intimate examination, and that Josh Smith’s were exhibited in a big grid, as though no particular one was interesting, or that Kerstin Brätsch’s huge paintings were stacked against the wall, or a bunch of Oscar Murillo canvases were piled on the floor to be 'interacted with' by museum-goers, is indicative that to the curators at MoMA painting is just an idea, and not a physical communication of consciousness.

Moyer: "The notion of subjectivity has been changed by the Internet and digital culture in that we are now 'curators'of our own influences. Therefore the Superfan is the normative, subject position from which to paint. (Just ask any art student who has had to map out their own artistic family tree.) Add this to the fact that contemporary painting continues to be self-reflexive — despite the long drubbing of Greenberg. In other words, information gathering (research) resulting in strategic positioning has become as big a part of one’s subjectivity as any other social marker or life event."

Rubinstein: "[Exhibition curator] Hoptman would have it that to ... insist on originality, to want something 'new' is to fall into nostalgia for a vanished era. My question is: are we really in a cultural moment when originality doesn’t matter? I would suggest that the old criteria are still operative."

Stopa: "The paintings in 'The Forever Now,' be they interesting or not, were so closely packed together that you could see everything and nothing at once. This sounds much like the arena of the Internet, where multiple browsers and images compete for quick attention spans. Doesn’t this installation undermine everyone involved? It compromises the notion that the audiences’ sustained looking will reward them with an affect of emotional or intellectual import." 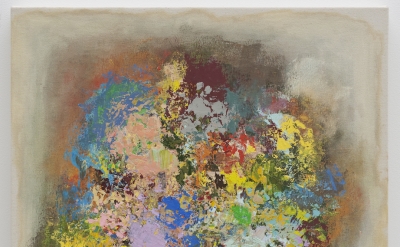