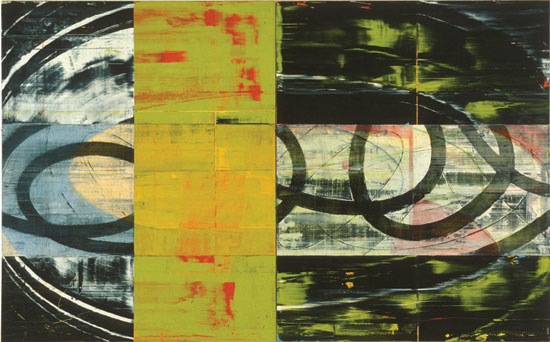 Maine writes that "The work of New York painter David Row has been labeled 'conceptual abstraction' but the unabashed physicality of his work—of which 15 choice examples are on view at Loretta Howard Gallery—suggests “calisthenic abstraction” as an equally apt designation... A pictorial field that seems too small to accommodate the figure—that is, in which the boundaries of the canvas or panel appear to crop the image—has long been crucial to Row’s compositional strategy. Variously reiterated, it yields all manner of spatial displacement and disjunctions. But this instability is carefully controlled, meticulously planned—another paradox that only deepens the pleasure this stunning show affords." 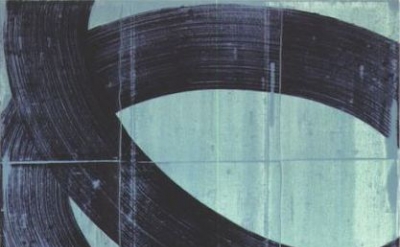