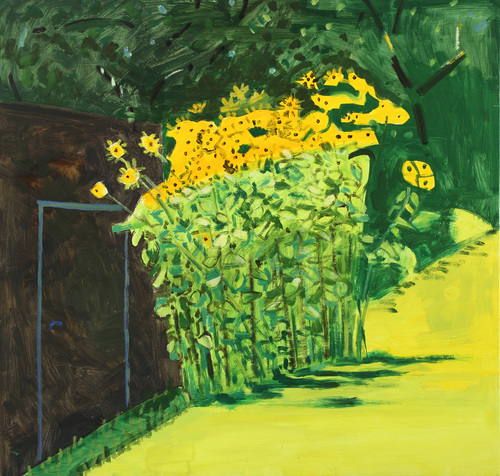 Goodrich writes: "What does it mean to paint representationally? For a Photorealist, it means a point-by-point recapitulation: the fixed, dispassionate vantage point of a camera. For a more tradition-minded painter, it involves a weighting of masses and details, an eliding of some elements and emphasizing of others: in short, a process of limitless characterization. Such a painting can end up anywhere on the spectrum of complexity, from bare minimalism to baroque embellishment. But a convincing traditional representation depends most of all on making elements count – on a disposition of forms that gives weight to masses, tension to gestures, and a resolving energy to detail. Lois Dodd, as her admirers know, is a painter who makes things count. For over six decades, she has presented unassuming subjects – typically her garden and interior scenes – in singularly taut compositions animated by circumstances of time, light, and point of view." 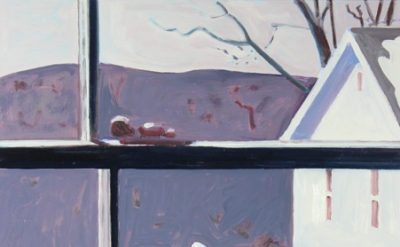 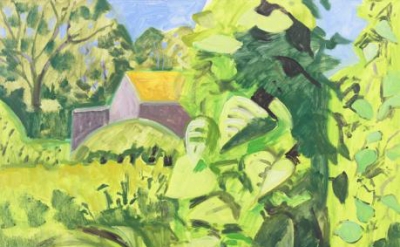