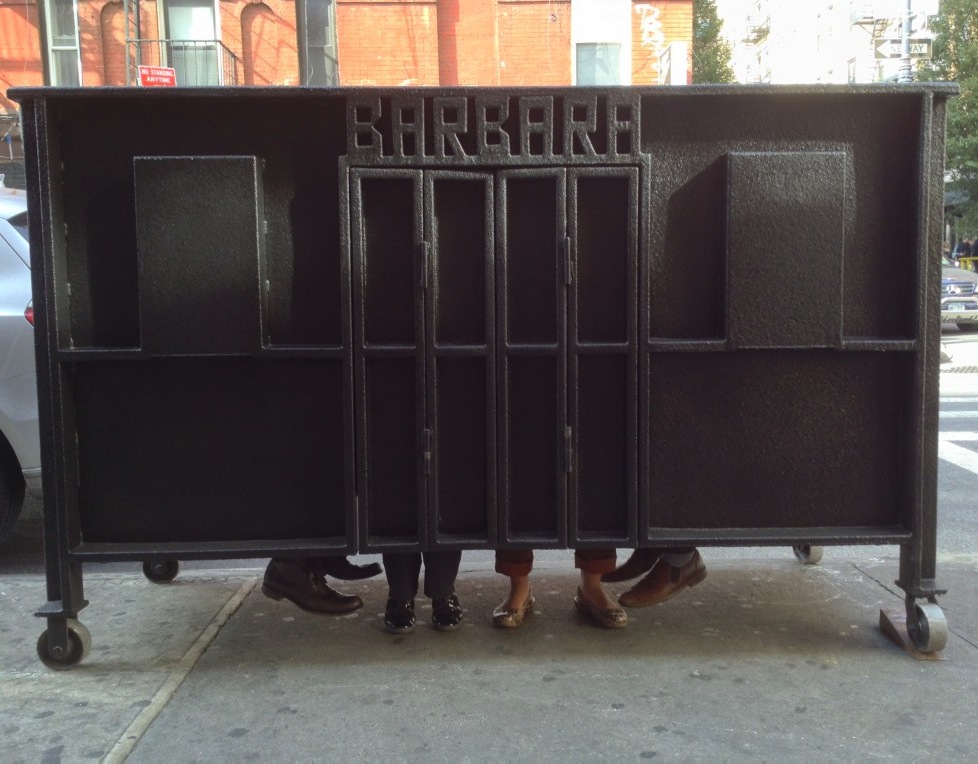 John Goodrich reviews Marvin Gates: The Meander, Barbara, New York, a mobile installation of paintings on view at various locations on the Lower East Side through January 5. The work will be on display again on the Upper East Side from March 5 - May 25, 2014.

Goodrich writes: "Parked on a Norfolk Street sidewalk (just feet from a commercial gallery), [Barbara] could still be mistaken, at a glance, for a small-scale shipping container, or industrial strongbox. While bulkily elegant, and improbably clean, she still possesses a bunker-like presence. But then, what lesser structure could provide a sanctuary for art amidst the grit and noise of New York City? As before, the art on display within Barbara’s steel shell is surprisingly understated and delicate. Softly illuminated in niches lit by light bouncing off the pavement, the eight works on display, as Gates is happy to explain, are drawn from two series of works that he painted on small steel panels: the 'Meander' series, composed of geometric, tessellated designs inspired by Egyptian art, and the “Seasons” series, which depicts simplified, suggestive images —a reindeer, a hand holding a blossoming plant, and (somewhat more ominously) a pair of handcuffs." 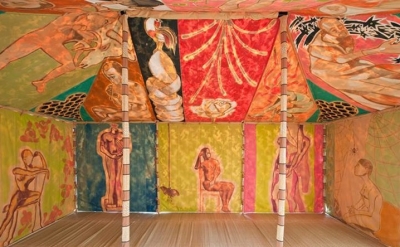 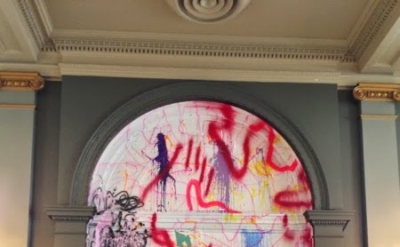