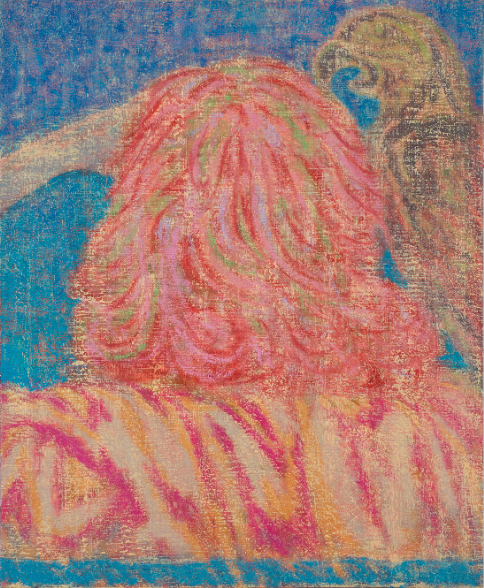 Kardon writes: "Berryhill is not ambivalent about his ambition... Though modest in scale, the paintings use expensive, thick-weave linen, a high culture archival maneuver that serves to offset some of the low culture references, and telegraphs his seriousness. Berryhill nods to not only Goya, but Picasso, Matisse and Bonnard, as well as his contemporaries, such as Dana Schutz. He places himself in an early modernist painting tradition that, despite an apparently abstract affect, is always representational in its ultimate methods. The major ambivalences in this show concern the perception of the imagery and how important it is to decipher it. Berryhill presents his subjects theatrically with proscenium-like verticals as quotation marks and a shallow horizontal strip at the bottom that stages each event. The grain of the linen, and small, dry brushstrokes allow Berryhill to use a halftone-like layering process, producing a surface of fuzzy colors and figure-ground inversions. The results are images seeming indefinite, corroded, or out of focus." 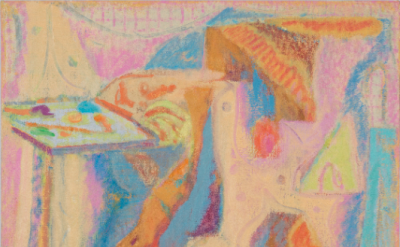 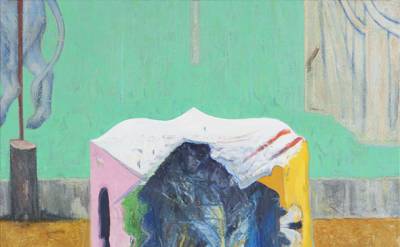 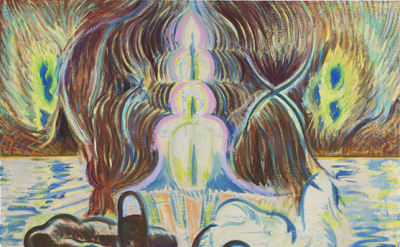