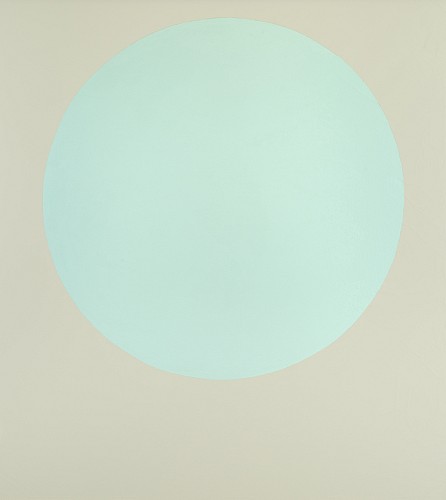 Bannard comments on the period of his work in the show, noting that his interest was in "[s]implicity that’s not Cubist-derived. Mondrian is Cubist-derived, and Bauhaus is Cubist-derived, and Malevich and all the Russian constructivists all came out of Cubism. It was taking cubism to an extreme. Me and Frank and Frank’s buddies, Carl Andre and Hollis Frampton, didn’t have any interest in Cubist-derived simplicity. Ellsworth Kelly was doing it and Rauschenberg was doing it in a way with his early, simple stuff. Gottlieb was doing it. There was this impulse to put a simple thing right in the middle of the picture and it wasn’t Cubist simplicity, it was presentational simplicity. Something was staring right back at you like it was another person. That idea just fascinated me. I thought, this is the best way to present color – make it into a painting, but just barely." 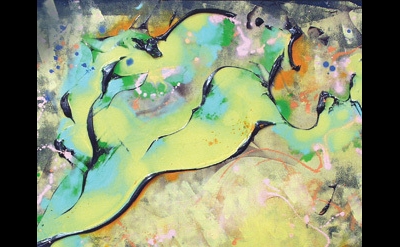