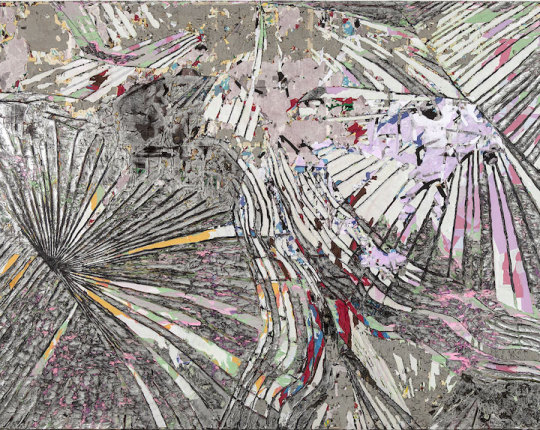 Mark Bradford, No Time to Expand the Sea, mixed media collage on canvas (courtesy of the artist)

Bradford comments: "I started thinking about explorers. In these 16th and 17th century maps, that were basically these guys were bringing sexy cash and buying houses, buying land. That’s when I really started seeing that exploitation on a global level, on a micro and on a macro level, is just still going on. Somehow I connected 16th and 17th century trade routes and ‘Sexy Cash.’ ... we always have this thing about making the other dangerous. So I started reading these books. I read this book on sea monsters. The 16th and 17th century maps, they didn’t understand the ocean, so it was a deep, dark, mysterious place. In these books of these sea monsters, they were half dolphins and half walruses. They had names for them. They had categories. I just became so fascinated by this... What they didn’t understand, they made terrifying. Although they needed these routes to exploit, they also started putting in, like, ‘Well, be careful of these waters because they’re full of sea monsters.’ But a lot of it was actually just a marketing strategy by the mapmakers to discourage other explorers from taking those routes... So my mind just kind of collapsed ‘Sexy Cash’ and sea monsters and otherness and South Central [Los Angeles] as being full of sea monsters. And Ferguson, I guess, now is full of sea monsters. Anything that we don’t understand. And that’s where it came from—sea monsters.” 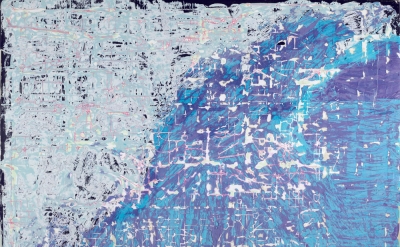 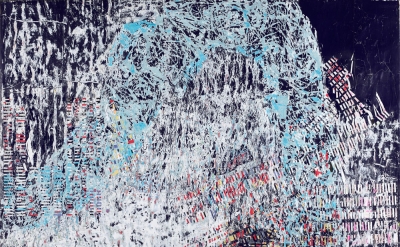 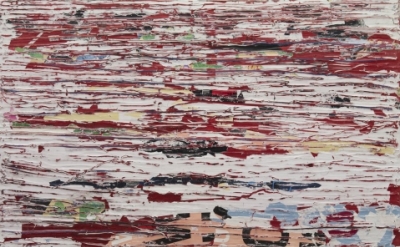