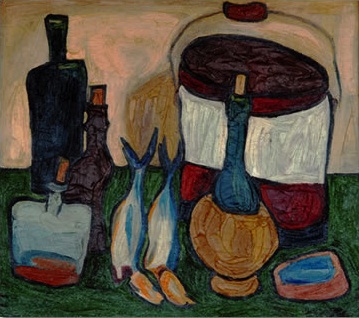 Meyer writes: "The essays in this collection explore the ways in which Johnson marshaled the ideas and techniques of European modernism to create a highly personal visual language and capture authentically and respectfully the American story with which he was most familiar—that of the African American community. Powell eloquently articulates the evolution of Johnson's singular style and the continuity of his philosophical vision from his early days as a bohemian Expressionist in Europe to his final paintings which offer a haunting and insightful commentary on rural Southern African American life."

John Marin: How an Artist Vanished