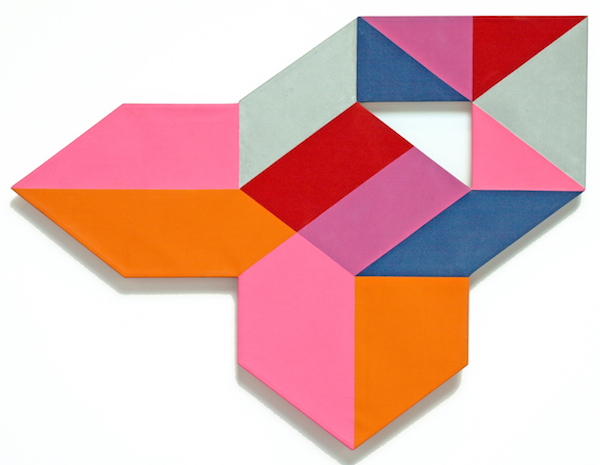 De Baca writes:"Reed’s work is celebrated for eliciting a sense of vibrancy from complex color combinations even when areas of thinned pigment overlap, demonstrating his mastery over the unpredictable acrylic medium... Reed’s early work ... sustained the interplay between graphic elements and painterly ones and an innovative use of the 'fragment,' which became one of his important motifs. These tensions between color and shape motivated Reed to employ zigzags and lattices in later works. By 1967, he was liberated from the rectangular format; bold, diagonal rays of color exploded against the edges of irregular quadrilaterals and other polygons. 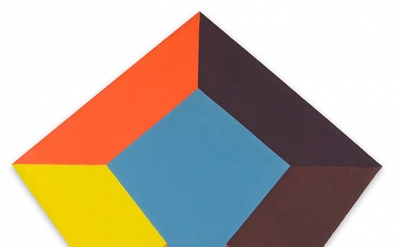