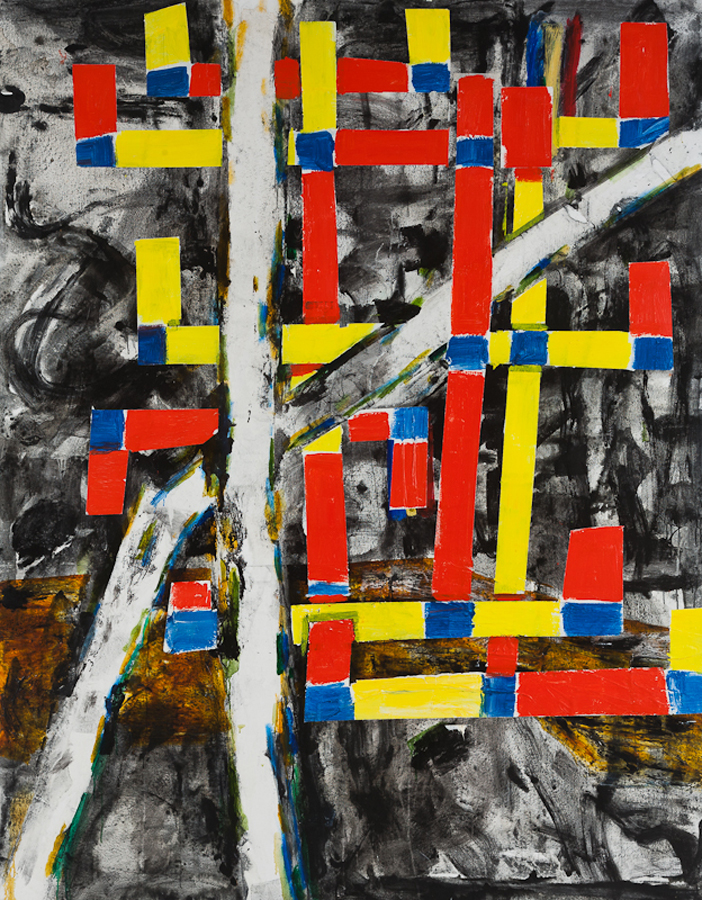 Nicholas Forrest reviews an exhibition of paintings by John Walker at Tim Olsen Gallery, Sydney, Australia, on view through December 16, 2012.

Forrest writes: "In [Walker's] latest series of large-scale paintings, a rogue element emerges that dominates the canvas yet awakens the landscape scene to which it is tied... totemic forms – provocatively shrouded in yellows, reds and blues – entice the viewer into the landscape, the next moment they command undivided attention... The artist himself recalls being inspired by the crosses commemorating a life lost through a car or motorcycle accident that often appear by the side of the road, where they are usually anchored to telegraph poles or trees. He also had a desire to see what colour would look like on his usual, more earthy palette... Appearing foreign to the environment in which they are entwined, the prominent geometric figures exhibit a ghostly presence suggestive of a more urban environment, from which they have perhaps been extricated to haunt the natural world which they now inhabit."