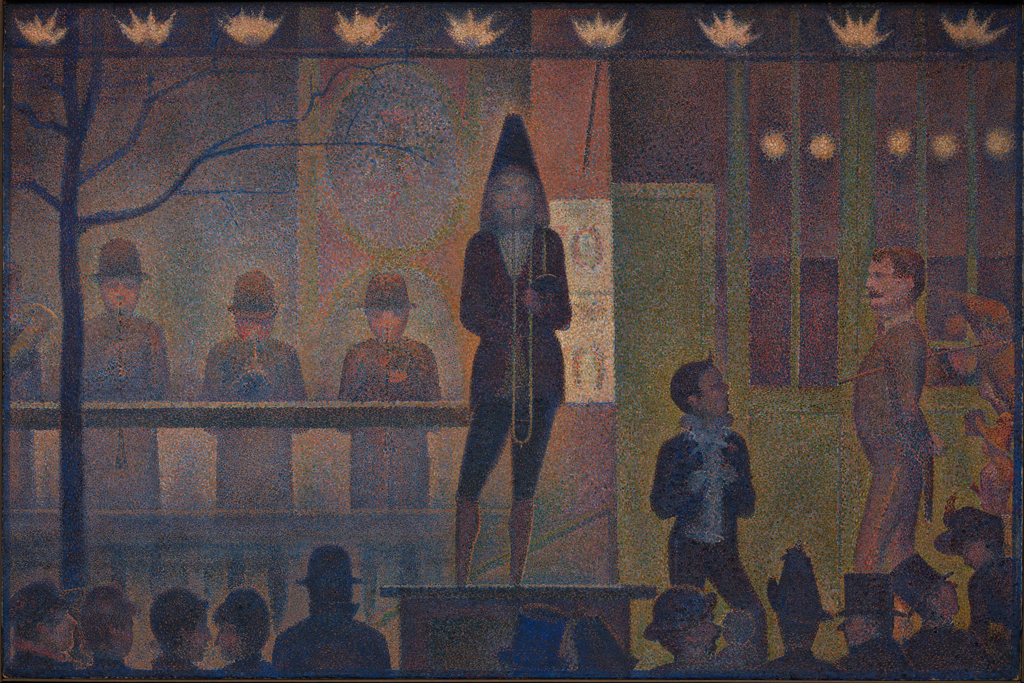 Phyllis Tuchman reviews Seurat's Circus Sideshow at The Metropolitan Museum of Art, New York, on view through May 29, 2017.

Tuchman writes: "As in his other major works, Seurat was portraying an actual place in Circus Sideshow (Parade de Cirque)... A sequence of nine gas lamps perched above the temporary stage illuminates the scene; another five circular discs add additional light. The figures occupying the higher back plane—and closer to the gas lamps—are better lit than the general populace who are further away and closer to the surface. And the tops of two pronounced horizontals—the guardrail and the platform on which the trombonist stands—are, as they would have been in life, more in the spotlight than any other detail. Magically, Seurat has managed to let us feel as if we are looking through a hazy atmosphere. While everything seems frozen in time, we somehow hear the music, the crowd, the noise of passersby whom we don’t even see." 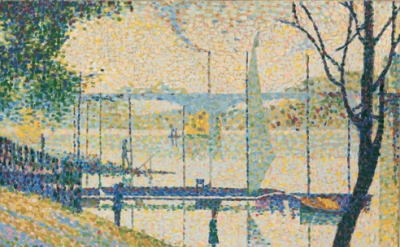