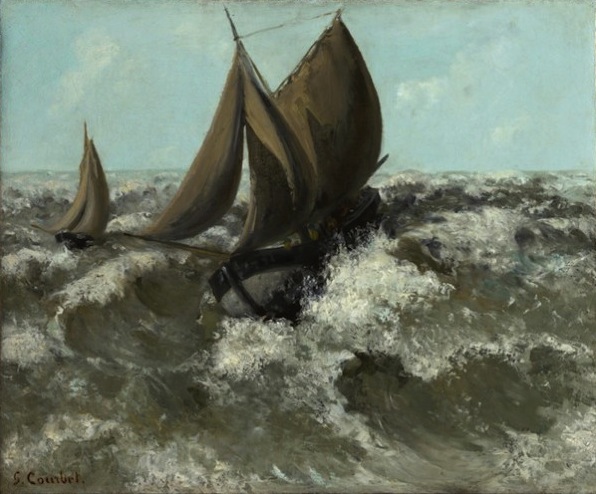 Einspruch writes "that a wide swath of Belgian and American artists became interested in Courbet’s attention to the humble subject and his distinctive handling of paint. Mapping Realism examines how and whom... Then there are the Courbets themselves. The knifework in The Sailboat (Seascape) (1873) is something to behold, causing spray to rise out of a tumultuous ocean and toss a couple of boats in the scene like playthings. The closer boat is in danger of being thrown off the top edge of the canvas." He continues: "This, then, is how to bloom in a shadow – plant wildflowers that invite close inspection. Even without famous Corubets, Mapping Realism presents a forceful case for Courbet’s might, not only in his own right but in his influence upon other artists who merit further perusal."

Gustave Courbet: Rise and Fall of a Master 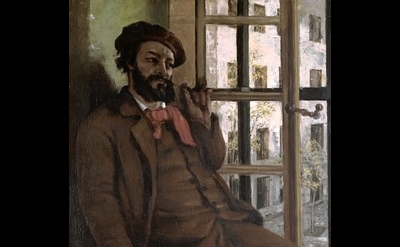