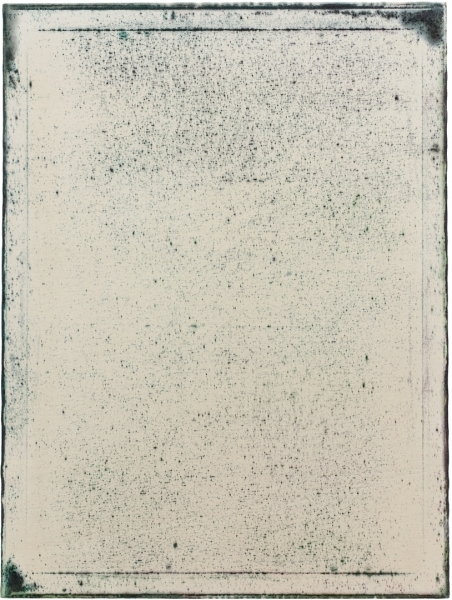 Caroline Picard interviews painter James Krone about his work and process on the occasion of his exhibition Waterhome at Kavi Gupta Gallery, Chicago, on view through February 2, 2013.

Krone comments: "The canvases are sized with several layers of rabbit skin glue and then I paint a single wash of paint on them daily. The colors I use are based on the colors produced in the aquarium; viridian, sap green, alizarin crimson and lemon yellow. This accretion of the layers of paint negates the color of those preceding and the canvas builds towards an ostensible black. Eventually, a section of the sizing on the canvas wears down and begins to resist saturation and even degrades back towards a lightness. I take either occurrence as a signal to stop. It’s an exposure of the painting in that it destroys the painting’s potential to be a monochrome. I either leave the canvas like that or I unstretch it and reverse it. The paintings that get reversed seem to have something more like a personality because of the moments where the support has faltered and paint has bled through. But as much as you see the points where the color has come through you are also seeing the places where it has not. It isn’t a terribly complicated process, rather deskilled, if peculiar and specific. The choreography is knowing what I will do beforehand and remaining more or less consistent to that, intending that the repetition of the behavior avoids a narrative of progress. I’d hope that the paintings are anachronistic, not in the sense of timelessness but in that they might deny tense."

Anoka Faruqee: Truth is Out There 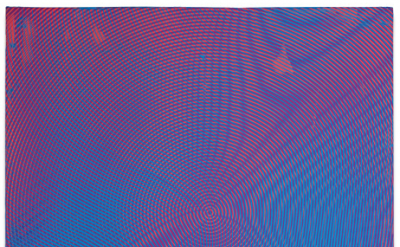 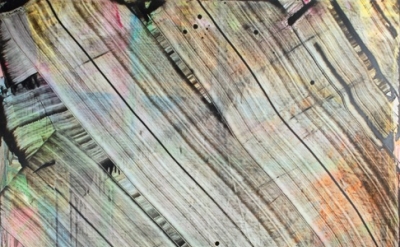