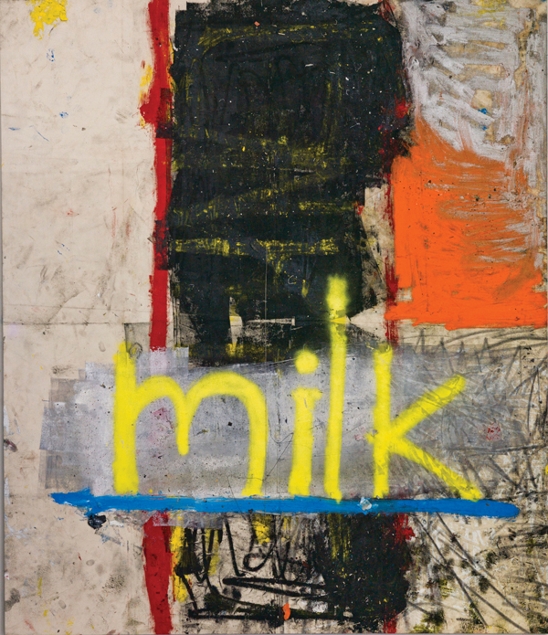 On the occasion of the exhibition Oscar Murillo: work at the Rubell Family Collection, Miami (on view through August 2, 2013) Legacy Russell talks to painter Oscar Murillo about his work and process.

Murillo comments: "Paintings happen in the studio where I have my own kind of system, although there can be physical residue of performance in them. I like to cut up the canvas in different sections, work on them individually, fold them and just leave them around for months. I don’t work on a painting with the goal of finishing it or having a complete and finished painting at the end of a work process. The idea is to get through as much material as possible, and various materials go through various processes. In most parts there is this mark making that happens with a broomstick and oil paint. I make a bunch of those canvases, fold them in half, and put them on the floor. My studio is a cradle of dust and dirt, of pollution. I don’t tidy up at the end of each production process. It’s all very much on purpose; it’s continuous process, a machine of which I’m the catalyst. Things get moved around, I step on them, and they get contaminated. It’s not about leaving traces, it’s about letting things mature on their own—like aging cheese or letting a stew cook, they get more flavorful. That’s kind of how these paintings are made." 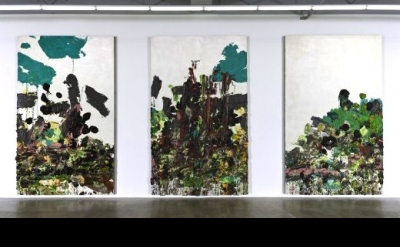