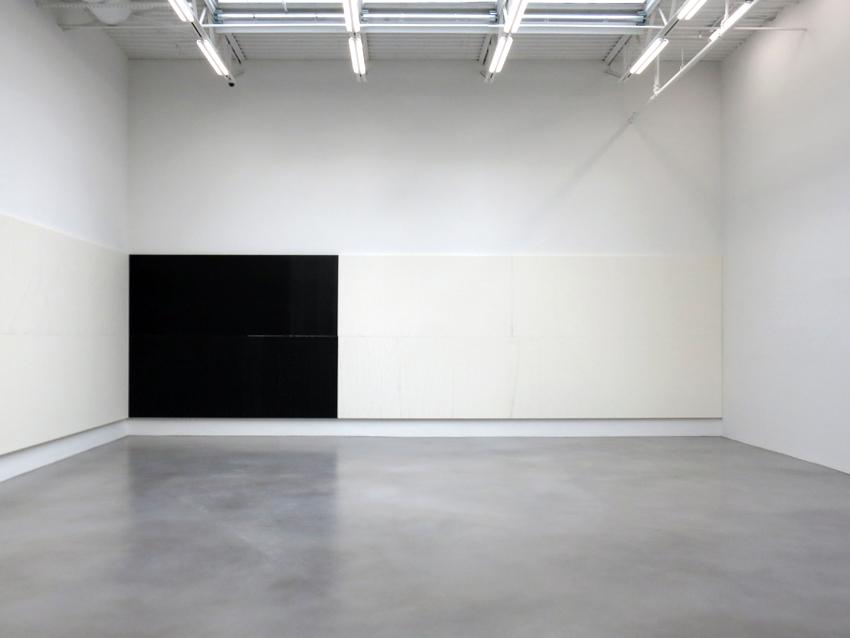 Brian Dupont reviews an exhibition of new work by Wade Guyton at Petzel Gallery, New York, on view through February 22, 2014.

Dupont writes that all of Guyton's paintings "function as wry comments on their own making, existing both as paintings and 'paintings'; the level of quotation and reserve would seem to preclude Guyton from risking failure on the messy and labor intensive investigation that might lead to a new body of work, a new approach, or a new idea. Instead, Guyton has chosen to focus on the quotation marks, using the paintings as a lens to focus in on the environment and act of looking at the paintings. ... These compositional strategies draw parallels to Richard Serra’s use of steel plates as a way to measure and change the gallery space via mass. The surface similarities of steel and printed linen are superficially similar, and while Guyton’s use of black and white achieves a level of austerity that Serra might envy, he doesn’t affect the space in the same way... Guyton’s paintings lack Serra’s attention to inherent tension, the black rectangles’ measures are arbitrary and don’t push back against the viewer or the space. Just as the final two paintings at the Whitney measured the walls between Breuer’s iconic window without doing much else, these chart a space that is primarily notable for its blankness." 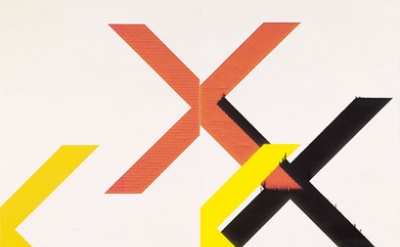 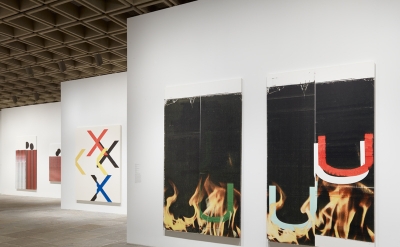 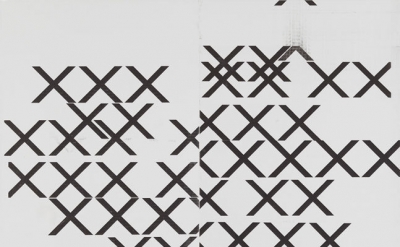