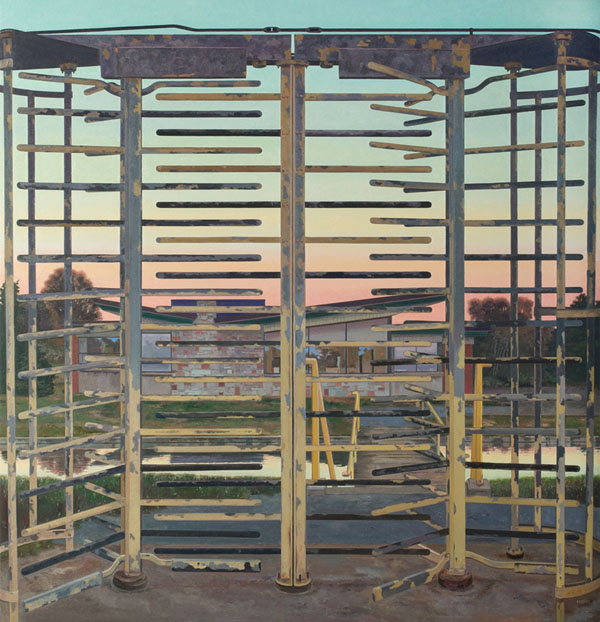 In the painting Turnstile (2012), Berlind writes, "The interplay of decrepit and pristine, near and far, light and dark, amid two distinct orders of spatial structure could be an instant of a dream. The turnstile’s abandoned structure holds us in place before the romantic allure of the late afternoon. The corollary formality of Moore’s pictorial organization is social, in his address to the viewer, which is, you feel, respectful and confident of reciprocal attentiveness. It’s as though, in a generous spirit of sharing with the viewer, he is pointing out scenes of a private, personally nurtured preserve. No bravura flourishes interfere with his considered, workmanlike account of his chosen sites or the evidence of their poignant devolution." 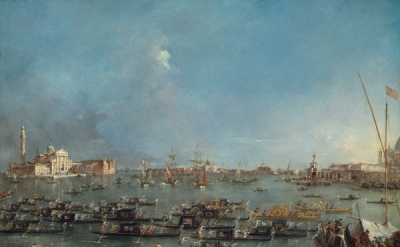 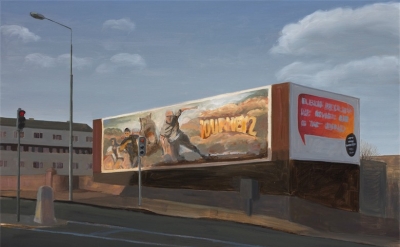