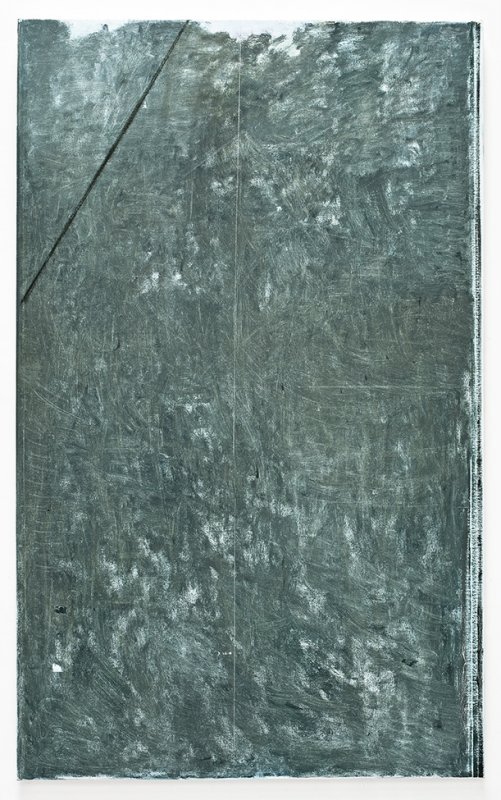 Ray writes that "Zurier’s work has been moving toward a sturdier sense of individuality, complicating his frequent categorization as a monochromatic painter. The works in his current show—the Berkeley-based artist’s fourth at Peter Blum—assert themselves as a cast of characters. The 14 oil and distemper paintings (all 2014 and 2015) move between the concrete and the suggestive, as indicated by their titles: half refer to specific locations, and the other half to seasons or times of day. Zurier has long worked in a range of sizes, and only two paintings here have the same dimensions. They are not vast and ungraspable; even the largest, around 78 × 48 inches, feels approachable in scale. Human-sized and firmly material, these paintings function as equivalents, pieces of weather brought inside as figures, each with an insistent specificity of format and surface character." 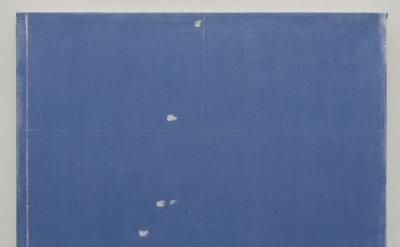 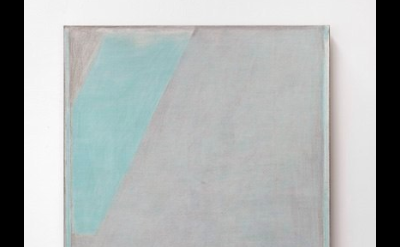 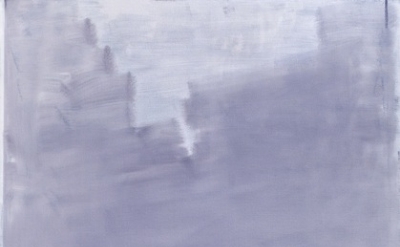 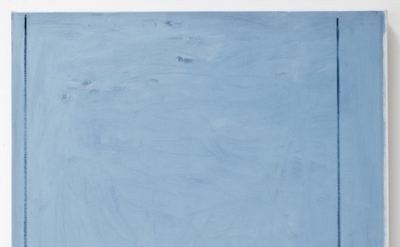