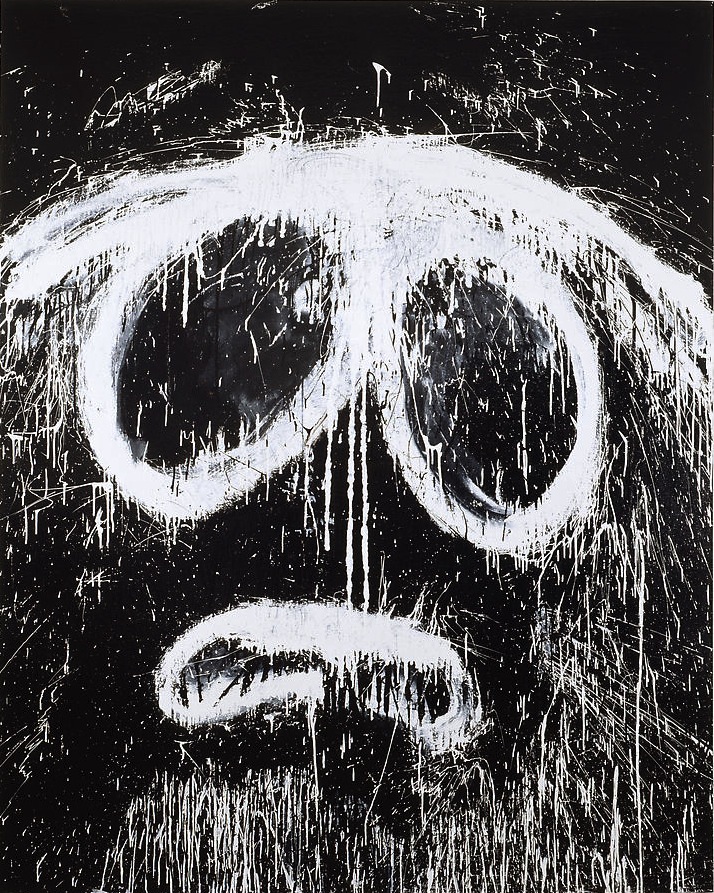 Asked about her first Batman paintings Pensato remarks: "I thought of them as still lifes. I finally got what all the teachers were talking about. They all said, 'Oh, don’t forget the space in the middle.' Once there was a life-size Batman cut out on the floor with a chair on top of it. They were all telling me to make it energized as space, and I did... I started out drawing first with charcoal, because charcoal was the number one thing at the Studio School. Then when I tried painting with color I would just lose all the graphic elements. I couldn’t get the same clarity of forms in space as I could with my drawing. It took me until 1990 to realize the color was not working for me. I remember asking Christopher [Wool] what paint he was using, and he said 1Shot enamel paint. It was a paint I didn’t know anything about, so I thought I couldn’t screw it up... Eventually black and white enamel became my medium and language."

Joyce Pensato: I Killed Kenny is on view at the Santa Monica Museum of Art through August 17, 2013. 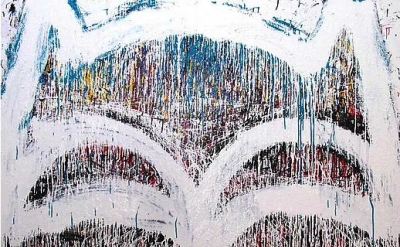