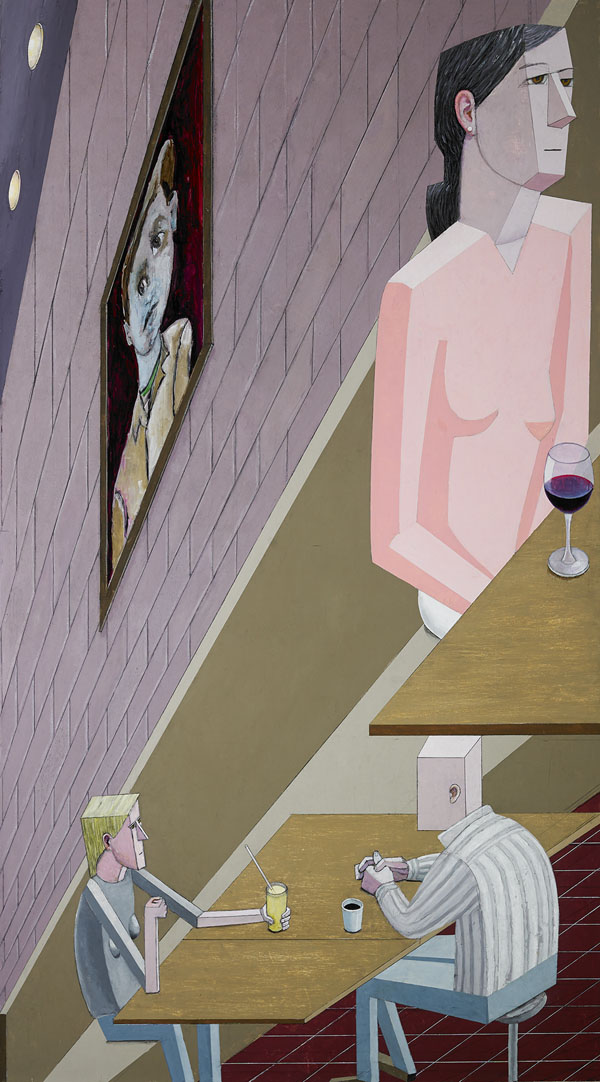 Ray writes: "In the best paintings, like Alphie (2015), Larsen’s descriptive economy feels expansive rather than reductive... Unusual perspectives in Alphie and Punch (2016) reinforce the mood of selective engagement by shifting the viewer’s perceived distance to foreground and background, mirroring the wandering focus of inattention... The warping of space produces a sensation of empathy heightened by distance; the image seems to reach us from this woman’s perspective, as if from the inside out, as she dreams the scene, perhaps including the viewer. This reversal of emphasis has an intuitive logic that recalls Cézanne’s views of Mont Sainte-Victoire, where the distant mountain feels closer and more important to the painter than the ground." 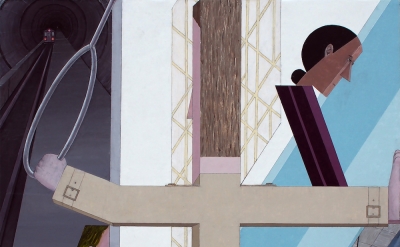 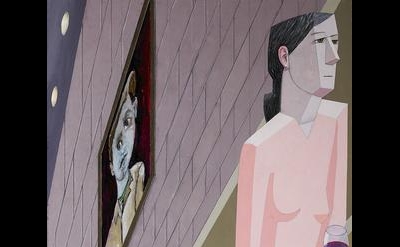