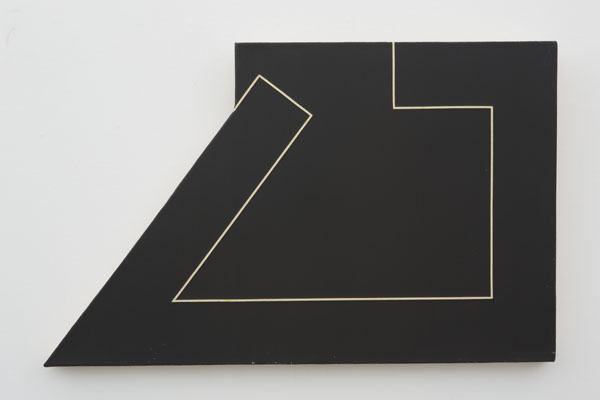 Pobric writes that in 1973 "Stamm began to focus more fully on the overall structure of his work, and soon after he discarded the more traditional square and rectangular supports. His attention turned elsewhere: to the shapes of shadows, or the design of a baseball diamond. What Stamm saw in these models was an escape from the burden of composition. If he took anything from his earlier experiments, it was that the shape of a painting should be specific and that the problem with more traditional configurations was their seemingly accidental nature. New structures allowed him to more deliberately choose the shape of his work, opening an expanded range of possibilities for art that could feel altogether fresh."