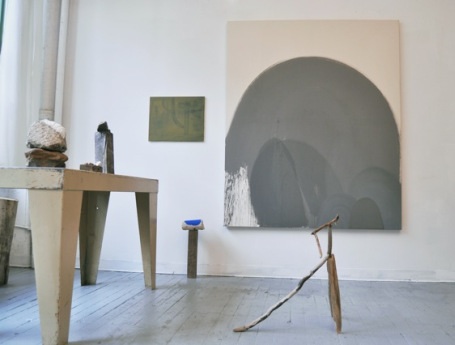 Samelson writes that King's works "dig into metaphysical terrain, but are also firmly rooted in the materials and physical process of painting, not to mention the planet outside his studio."

Describing works in the studio, Samelson notes: "A larger canvas against another wall extends the metaphor of energy in a more subdued direction. In this work, a background of raw canvas forms an arc over several foregrounded mound shapes. The paint here is thinly applied with an economy that King likens to 'sword strokes.' The painting reminds me immediately of Milton Avery’s reductive approach to the landscape, only here the allusions to landscape maintain a coy ambiguity. The mounds, painted in different values of gray, huddle along the bottom edge of the canvas, inviting a number of readings, but also satisfying as abstractions without a necessary context. They seem at once monumental and minute, potentially referencing mountains from a distance or pebbles up close."

via:
Buddy of Work 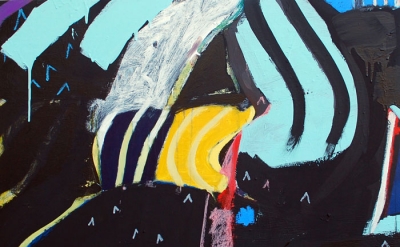 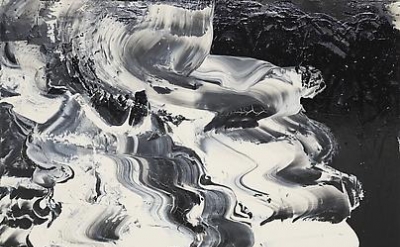